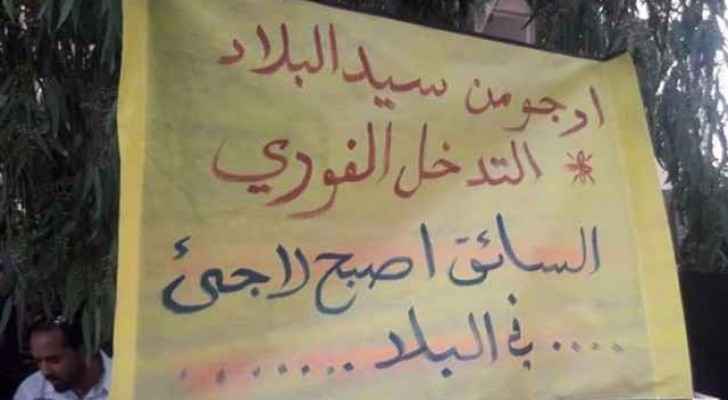 Dozens of taxi drivers protested on Tuesday outside the Ministry of Transportation in Amman.

The drivers demanded limiting the use of mobile transportation applications to include Yellow cabs alone, in addition to adjusting the waiting taxi meter and to reconsider drivers’ wages.

Taxi drivers have been demanding a salary raise in recent months to compensate for the rise in living costs.

The protesters took a stand against licensing Careem and Uber drivers as well, especially those with private car number plates.

The drivers held banners demanding that King Abdullah II intervenes by finding solutions for their problems.

"We hope that our king intervenes; drivers are becoming like refugees in this country,” one of the banners read.

The taxi sector is the largest transportation sector in Jordan, with more than 11,000 vehicles making around 500,000 trips on a daily basis.