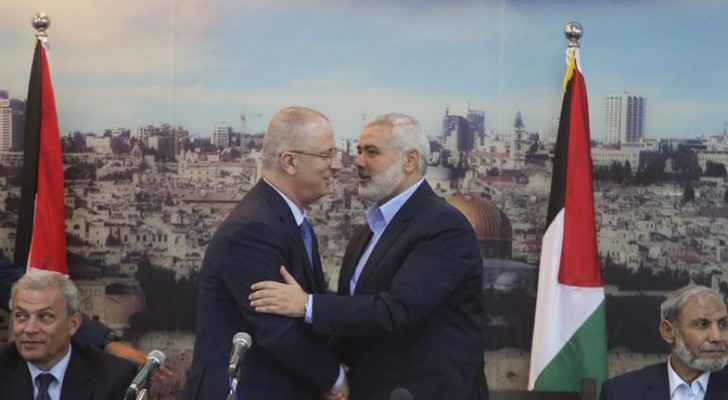 Earlier this week, Hamas pledged to dissolve its administration over Gaza, whilst hosting new elections and ceding control back to Mahmoud Abbas's Palestinian Authority.

The move is meant to usher in a new age of reconciliation between Hamas and Fatah, reuiniting Palestine under a single government ruling over Gaza and the West Bank.

Political analysts however, are skeptical that the move will result in reconciliation between the two parties.

"This whole issue of dissolving the administrative committee has no value. Even if it is dissolved, there must be another kind of committee that can run the daily and civil lives of people in the Gaza Strip," Abdulsattar Qassem, a political science professor at the Al Najah University in Nablus, told Al Jazeera.

"When Hamas said it will dissolve the administrative committee, it threw the ball into the Palestinian Authority's yard, in the sense that they have acquiesced to their demands, so now what will the PA do for Hamas? It's a tit for tat, a barter," added Qassem.

Other analysts suggest that the move was only done to keep Hamas as a major political power in Palestinian affairs, as the move was done prior to Abbas's visit to the UN and meeting with Trump.

"Abbas and Fatah are expected now to offer something in return."

Previous efforts for Palestinian reunification were in the summer of 2014, before Israel launched its war on Gaza which further damaged its infrastructure and claimed the lives of 2,000 people, the majority of whom were civilians.

The unity government, which was meant to be instated after new elections, was interupted by the Occupation State's offensive on Gaza, with subsequent Qatar-brokered talks between Fatah and Hamas ending to no avail.

Hamas, since then, had been under heavy pressure from Mahmoud Abbas's party aimed at relinquishing control, by cutting salaries and reducing electricity.

Hence, the reconciliation attempts are perceived with much pessimism according to experts. Some believe the root of the problem is the Oslo Accords, which included damning clauses ceding the majority of control of the Palestinian economy, civil and security matters to Israel.

"Oslo pitted Palestinians against one another. Those who signed the Oslo Accords knew beforehand that this agreement would result in the bloodshed of fellow Palestinians, at the hands of Palestinians."