President Trump and King Abdullah had a meeting and we are unsure why. (Photo Credit: White House) 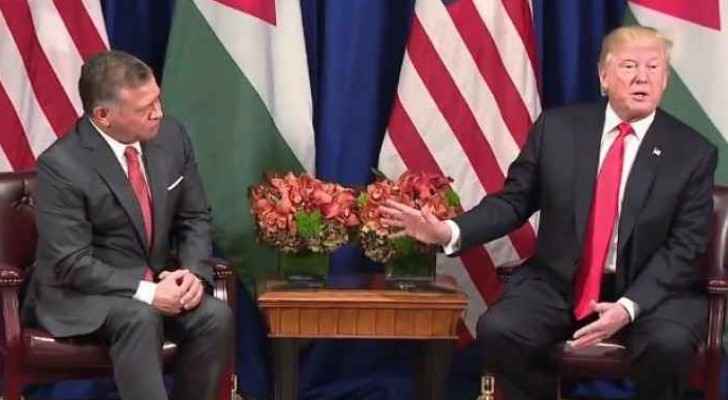 If you thought there is no more awkward a video than Mary J. Blige singing to Hillary Clinton about police brutality, allow us to change your mind.

The White House just released a video of a meeting between King Abdullah II and Donald Trump, talking about Lord knows what because Trump is in the room.

"I can't believe I have the meet with this guy," thought King Abdullah (probably) as he attempts to remain polite and interested while Trump continues to ramble on about making "bad problems good".

His Majesty's thoughts were probably followed by "does Washington have good hummus?"

"Who is he and why can't I remember his name?" thought Trump (probably) as the King was praising the United States's ongoing efforts to rescue hurricane victims.

It is unclear whether President Trump and King Abdullah had met beforehand to discuss the potential of wearing matching suits red ties.