The Lebanese NGO fills in a necessary gap that isn't being filled due to taboo. (Photo Credit: MSHC) 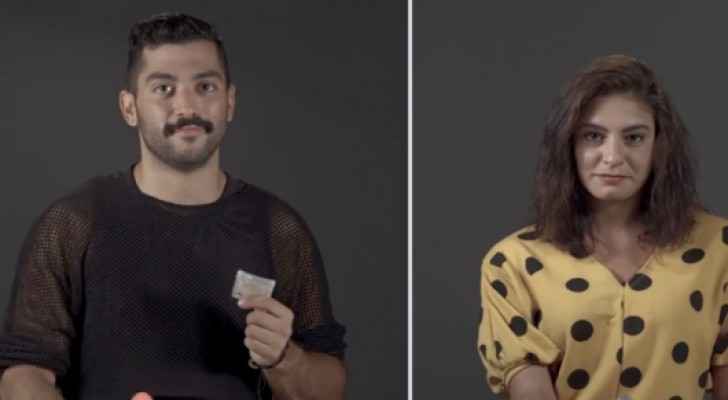 Lebanese NGO Marsa Sexual Health Center, a center focusing on promoting awareness of healthy sexual practice and knowledge, just released a video that has been making waves across the region.

The video, which shows in detail how to use a condom, aims to raise awareness on preventing the transmittion of sexually transmitted infections (STIs), particularly among younger populations.

Featuring Mashrou' Leila's lead singer Hamed Sinno, and actress Yumna Ghandour, the video fills in a necessary gap in the Arab World, as schools, universities and families refrain from necessary sexual education because the topic is taboo.

"It is important for us to promote condom use among young people since we have seen a rise in HIV infections among young people. Some are even under 25 years old," stated Diana Abou Abbas, Executive Director at Marsa.

There are currently over 3,750 people infected with HIV in Lebanon, according to a national campaign to combat AIDS. It is crucial to note however, that condoms are used to prevent not only the spread of HIV, but also other STIs such as gonorrhea, chlamydia, syphilis, and HPV to name a few.

It is even more crucial to note that neither sexual orientation nor gender are factors in the contracting or the spreading of these infections.

"We cannot stand by and be silent about it anymore," Abbas added, highlighting the importance of educating youth about maintaining their health, and the health of the communnity.

Abbas also noted the importance of having a female spokesperson as well: "We find it imperial to have a female figure promoting condom use to break the misconception that only men should carry condoms and to encourage women to demand condom usage during sexual encounters," she said.

The video has thus far accumulated over 137 thousand views on Facebook.

So if you insist on getting down and dirty, remember to keep yourself and your partner(s) protected.

Here's how to do it: