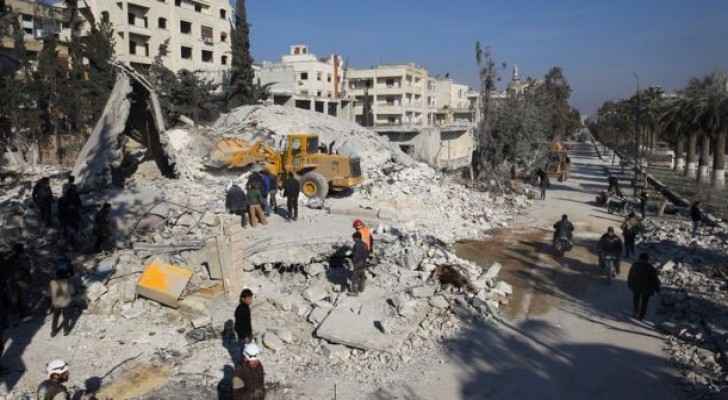 At least four hospitals have been targeted during deadly air strikes in Syria's northwestern province of Idlib, killing three people and wounding several, according to a war monitor.

Head of the UK-based Syrian Observatory for Human Rights (SOHR), Rami Abdel Rahman, stated that Russian warplanes and the Syrian regime conducted an airstrike in the countryside of Hama.

Raids struck a maternity hospital in the village of Al Tah, and a medical outpost in the town of Khan Sheikhoun, as well as nearby two other hospitals in the province, Abdel Rahman told AFP.

"The raids on the maternity hospital in al-Tah killed an elderly woman who was an employee of the hospital, in the first civilian death in air strikes in Idlib province since May," he stated.

Idlib is currently controlled by Hayet Tahrir Al Sham, which is an alliance of opposition groups formed in January, with some groups linked to Al Qaeda.

The strikes come after Russia, Turkey and Iran agreed to establish "de-escalation" zones in several regions across the war-torn country during the Astana Agreement, one of those zones being Idlib, as well as parts of adjacent Hama and Latakia provinces.

Russia has reportedly already deployed military forces to the other de-escalation zones - Eastern Ghouta near Damascus, parts of the south and some areas of the central province of Homs.

The agreement however, excludes Daesh and Hayet Tahrir al-Sham.

Syrian war has killed about half a million people in ten ....

Syrian war has killed about half a million ....

Syrian war has killed about half a million ....

Syrian war has killed about half a ....