The star tenor “wowed the crowds” on Monday evening. 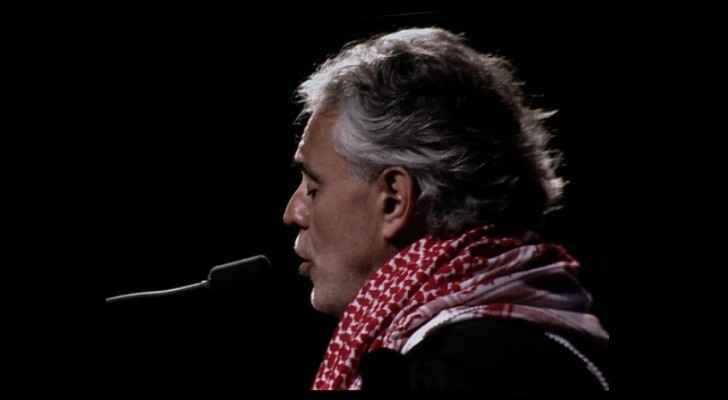 “Andrea Bocelli took me somewhere else.”

That is how one fan described the legendary Italian tenor’s performance from the heart of Jerash last night.

About Last Night Time to say goodbye by the legendary #Bocelli in #Jordan, Jerash... ___________________ When I’m alone I dream on the horizon and words fail; yes, I know there is no light in a room where the sun is absent, if you are not with me, with me. At the windows show everyone my heart which you set alight; enclose within me the light you encountered on the street. Time to say goodbye... _______ #wanderlust #shareyourjordan #travelbug #travel #traveler #travelgram #traveling #natgeo #natgeoyourshot #bocellijo #picoftheday #like4like #instatravel #instalove #instadaily #instalike #love #music #livemusic

For one night only, Bocelli performed for the first time in Jordan, much to the delight of the Kingdom’s opera fans.

Another first-timer was the special spot chosen for the event.

While the ancient city’s Northern and Southern theatres are often the go-to locations for concerts, most notably the Jerash Music Festival, Bocelli exclusively performed in the Oval Forum under the ruins of the Temple of Zeus.

The star tenor “wowed the crowds” on Monday evening, according to one Instagram user, who shared this live photo with her followers.

About last night.. Andrea Bocelli wowing the crowds for the first time in Jordan, singing in the historic Jerash under the ruins of the Temple of Zeus.

Another Instagrammer described the evening as an “unforgettable, magical night.”

Bocelli wore a traditional Jordanian red-and-white checkered scarf around his neck; a nice touch by the 58-year-old star.

Those who weren’t as lucky argued that the Jordan Tourism Board (JTB) should accommodate guests from the working and middle classes, who were equally as interested in attending Bocelli’s event as concertgoers from the upper-class were. Social media users also criticised the JTB for using Bocelli’s visit as a way of helping revive the tourism industry, before “making an effort to clean up the country and its archeological sites.”

Others were not as sceptical, praising the JTB for taking Bocelli to the Baptism Site of Jesus Christ; a much-welcomed gesture by the Roman Catholic artist.

The spot represents the "roots of my faith," Bocelli told The Associated Press. "For this reason, it is a very special place. I am very happy to be here. I prayed for peace in the world."

In 2016, the JTB invited Greek-American musician Yanni to perform at the Citadel in Amman, in hopes of promoting tourism in Jordan.

The Kingdom prides itself on maintaining the safety and stability of its citizens amid the regional turmoil shaking up its neighbours in recent years.

'All concerts in Amman are canceled': Amman's governor