Over 10,000 Yemenis have been killed in Saudi's war in Yemen, while UK firms profit. (Photo Credit: Hani Mohammed/AP) 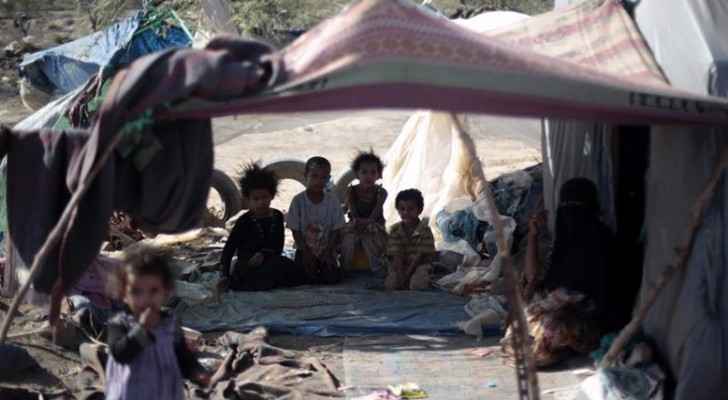 British companies are making huge profits from the Saudi Arabia's war in Yemen, according to a report from War Child (WC), a charity focusing on children suffering from conflict zones.

The report suggests that British arms companies including BAE systems and Raytheon are making sales worth 8 billion dollars, with profits at an estimated 775 million dollars.

"This tax revenue figure is pitifully small and comes at the cost of thousands of children who have been killed, injured, and starved by a conflict that this trade has helped sustain," states the report.

According to the United Nations, the conflict has claimed the lives of over 10,000 people, and injured more than 40,000 thus far, since the Saudi-coalition began fighting the Iran-backed Houthi insurgency.

WC's report suggests that in the past three years, the UK has approved arms export licenses to Saudi Arabia worth 4.7 billion dollars, including the Tornado aircraft,, vehicles and tanks, and BAE's Tactica armoured vehicles valued at 580,000 dollars, as well as and 1.48 billion dollars' worth of grenades missiles and bombs.

Since then, Saudi Arabia has been heavily accused of committing war crimes and human rights abuses since its direct intervention in Yemen.

"The arms trade directly counteracts much of the benefits Yemeni children and other civilians might expect to receive from the provision of aid, undermining the Department for International Development's policy of getting value for money from the aid it commits," says the report.

Days after the court ruling, Al Jazeera confirms that the British government licensed 321 million dollars in arms sales to Saudi Arabia within a period of six months. The deal comes directly after an air raid carried out by the Saudi-coalition killed 140 people at a funeral in Sanaa.

The coalition has consistently been criticized for human rights abuses and war crimes, supported by Human Rights Watch which reports that air strikes target family homes and grocery stores indiscriminantly.