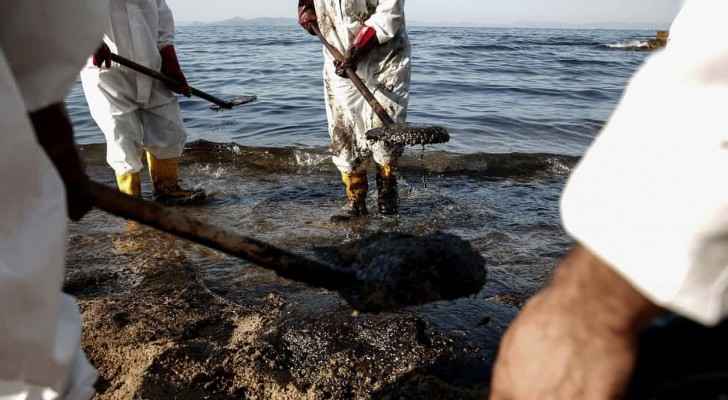 Emergency operations are underway to clean an oil spill from a sunken tanker, resulting in blackened beaches, death of marine life, and large-scale pollution in Athens’ Argo-Saronic gulf.

Although officials initially thought the spill would be contained, the spill seems to be taking its toll as pollution drifts onto coastal and residential areas.

“This is a major environmental disaster,” said the mayor of Salamína, Isidora Nannou-Papathanassiou. “Clearly the danger [of pollution] was not properly gauged, the currents have moved the spill.”

“It is an environmental crime, the worst spillage in years and authorities are clearly totally unprepared. It is very important that a precedent is set, that those responsible are held accountable, that they are made to pay for the damage and it is properly assessed,” Dimitris Karavellas, the head of the World Wildlife Fund Greece told The Guardian.

Environmental groups are heavily critical of the incident, stating that Greece's efforts to exploit oil and natural gas deposits are disasterous. “If authorities can’t manage a relatively ‘controlled’ incident outside the country’s largest port, it’s hard to imagine how a much bigger incident on an oil platform would be handled,” said Karavellas. “As we have always said, Greece’s [oil and gas] future is not the safest way to go.”

While the spill took place on the 12th of September, WWF announced minutes ago its filing of a lawsuit in order to hold those responsible for the disaster accountable.

The Greek government however, rejects criticism from environmental groups, insisting that it had done the most it possibly can to clean up the spill.

"The effort to tackle the pollution is a difficult affair that requires the immediate mobilization of all the responsible bodies," Prime Minister Alexis Tsipras told his cabinet ministers in televised comments Monday. "Already all available counter-pollution means have been mobilized and great efforts are being made."