Merkel stated she is concerned there is still no solution to the crisis. (Photo Credit: AP) 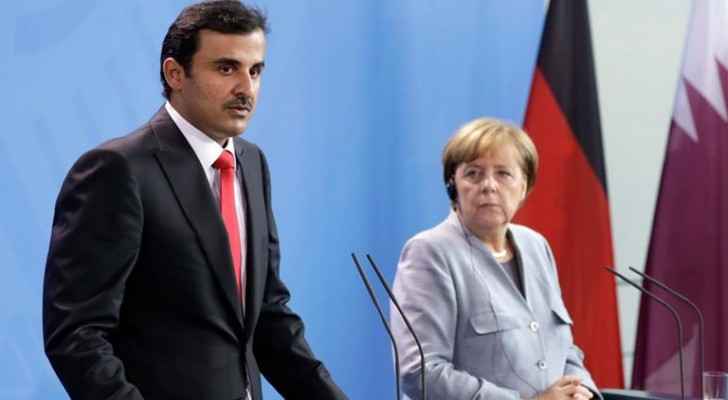 In a meeting with German Chancellor Angela Merkel, Sheikh Tamim bin Hamad Al Thani stated he is ready to sit at a negotiating table to solve the three-month-long regional crisis.

Sheikh Tamim is on his first diplomatic trip since the embargo began, according to Al Jazeera. "As you know we have had a siege of more than 100 days against Qatar," he stated in a joint press conference, where Germany stated its willingness to mediate the crisis.

The Saudi-bloc including the UAE, Egypt and Bahrain accuse Qatar of backing "terrorism", which Qatar repeatedly denies.

However, Merkel stated she is concerned that there seems to be no end to the crisis within sight.

"Germany is not a part of this conflict, but would like, in line with its values, to help get this conflict resolved in such a way that all can keep their face," she added. "We view with concern the fact that 100 days since the start of the conflict no solutions can yet be seen, and we spoke about the need for all the parties to sit at one table again as soon as possible."

Germany's foreign minister, Sigmar Gabriel, stated that the country's intelligence service would also be willing to contribute to clearing any accusation of Qatar's support for terrorism.