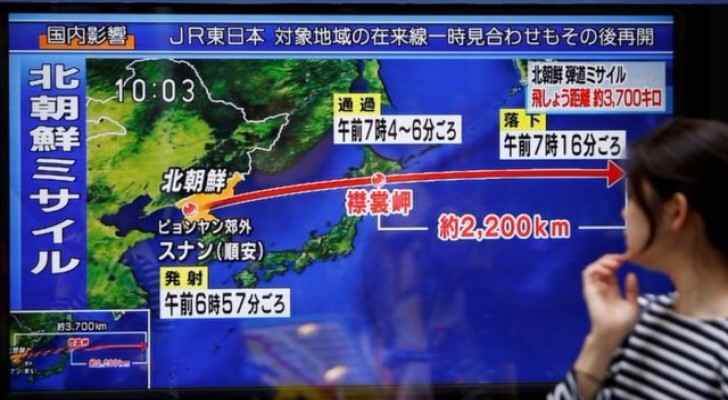 Following the annoucement of new sanctions with a unanimous vote from the UN Security Council, tensions with North Korea are at an all-time high after the country fired yet another ballistic missile over Japan.

According South Korean military sources, the missile reached an altitude of about 770km (478 miles), travelling 3,700km before landing in the sea off Hokkaido.

The missile flew higher and further than the one fired late last month.

US Secretary of State Rex Tillerson also condemned the launch, stating that the UN Security Council with meet later today in New York, at the request of the United States and Japan.

It is worth noting that Japan has constitutionally forfeited its right to declare war, and as of yet remains unclear how the international community will respond to North Korea's actions, despite further sanctions.