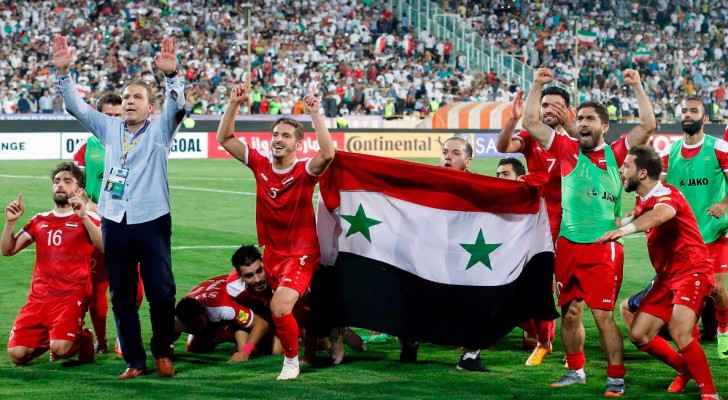 For the first time ever in Syria’s football history, the country is on the verge of qualifying for the World Cup.

Hundreds of Syrians took to the streets to celebrate the historic news on Monday night… but not everyone was happy.

Dozens of Syrian social media users were not in the mood to celebrate.

It is rumored that the match is likely to be played in the Middle East, instead of Malaysia, where Syria staged all of their third-round Asian qualifiers, according to ESPN FC.

Due to the ongoing six-year war in the Middle Eastern country, Syria have not played on home soil since 2010.

Nothing has yet been confirmed, but ESPN FC reports that Syria's football association is hoping that the match will be played in either Jordan, the UAE or Qatar.

"We haven't heard anything officially but we're also watching to see when the venue will be confirmed," Football Federation Australia chief executive David Gallop said.

The first clash between the two teams will take place on 5 October, with the Australia home leg set to take place on 10 October at the ANZ Stadium in Sydney.