Map showing the location of refugee camps on the Syrian-Jordanian borders. 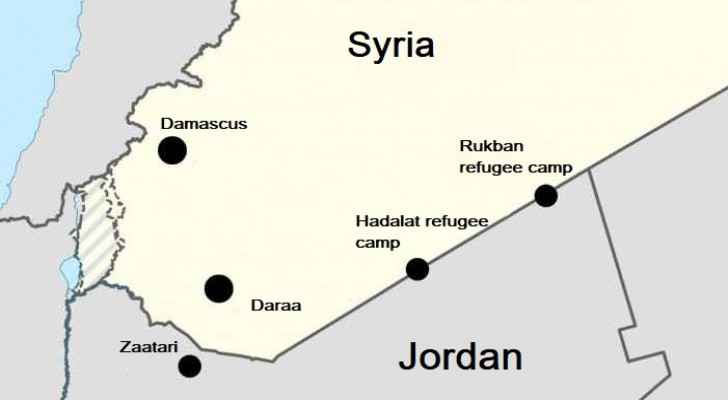 The Hadalat refugee camp on the Jordanian-Syrian border has been evacuated by Syrian Opposition forces, according to Jordanian sources.

Around 5000 residents of Hadalat either moved east to Al Rukban refugee camp, or north into Syria, to in areas where there is less tension, as Syrian government forces made advances against rebl forces in the eastern desert.

Sources say that the camp “no longer exists” after 6000 of its inhabitants moved recently.

The same source discussed the fluctuating numbers of refugees in the Rukban refugee camp saying that, “the number of refugees in Al Rukban is constantly changing, and there are still tens of thousands of refugees living there. However, if the resident's home region's become stable, they are likely to return.”