Jordan’s main border with Iraq was opened for the first time in over a year. 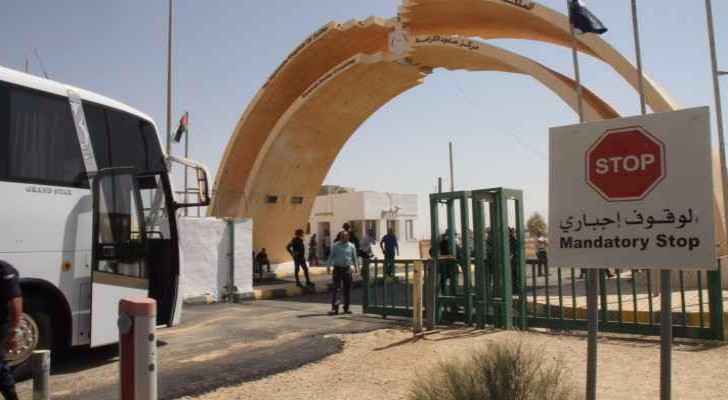 Jordan and Iraq celebrated the reopening of the Karameh Border Crossing (Turaibil Border) on Wednesday.

Jordan’s main border with Iraq was opened for the first time in over a year.

However, no fruit or vegetable shipments have crossed over since then, according to Saadi Abu Hamad, who spoke to Roya on Thursday.

Abu Hamad, who is the Head of Traders and Exporters of Fruits and Vegetables, said that Iraqi authorities have promised to grant permits for Jordanian shipments next week.

Two food trucks carrying fruit and vegetable shipments are stuck at the border after not being granted permission to enter Iraq, according to Abu Hamad.

After the border’s closure in 2015, Jordanian merchants used the Kuwaiti-Iraqi border to send fruit and vegetable shipments into Iraq.

Abu Hamad estimates that between 600-800 tonnes of shipments will enter Iraq on a daily basis once the permits have been granted.

Abu Hamad stressed that the price of fruits and vegetables in local Iraqi markets will not be affected by Jordan’s imports, seeing as the Lebanese and Syrian markets are still closed off to Jordanian products.

The reopening of the border marks the revival of a vital economic line between Jordan and Iraq, with both sides experiencing harsh financial implications from the closure of the once thriving trucking route.

In 2014, Iraq imported from 11 industrial Jordanian sectors at a value of approximately 1.16 billion dollars.

Due to the closure of the borders in 2015, Jordanian exports to Iraq decreased to roughly 695 million dollars, according to a report released by the Jordan Strategy Forum.