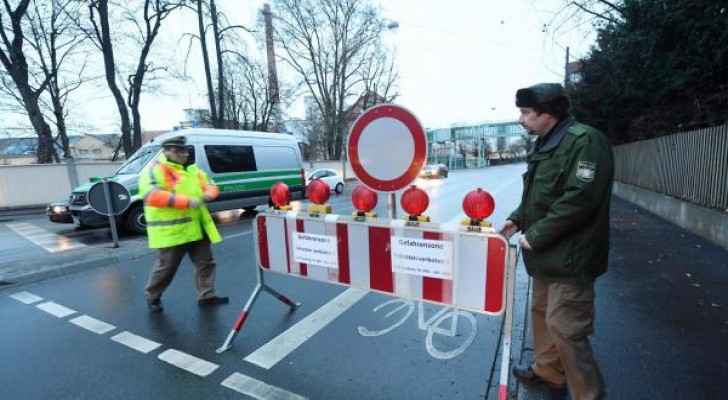 A bomb from World War Two was discovered on a building site in Frankfurt-Germany.

Thousands of residents evacuated their homes Sunday, as German police are planning to defuse the bomb.

This evacuation seems to be the biggest since the war. Around 60,000 people left their homes while an unclear number of people filed into a temporary center at Frankfurt's trade fair site.

The evacuation included the central bank where gold worth up to $70 billion is reserved.

Police warned that the explosion of the bomb would be big enough to flatten a city block.

Cordons set around the evacuation area covers a radius of 1.5km.
The bomb is assumed to have been dropped by Britain’s Royal Air Force during the 1939-45 war.
More than 2,000 tonnes of live bombs and munitions are found each year in Germany, even under buildings.

Earlier in 2010, three police were killed while trying to defuse a bomb in Germany.

Transport systems and roads will be closed after the bomb defuse work for at least two hours.

Frankfurt police said they would ring every doorbell to make sure nobody is left behind before the bomb defuse work starts.

WWII bomb in Frankfurt to lead to largest ever evacuation

WWII bomb in Frankfurt to lead to largest ever ....

WWII bomb in Frankfurt to lead to largest ever ....

WWII bomb in Frankfurt to lead to ....