WWII bomb in Frankfurt to lead to largest ever evacuation 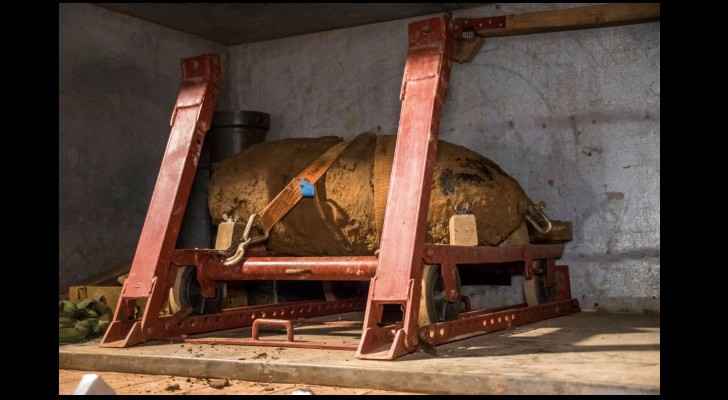 70,000 people will have to leave their homes in Frankfurt on Sunday, after an unexploded bomb from the World War II was found in the city. It is set to be the biggest ever evacuation due to a bomb disposal.

The British-made bomb, weighing 1.8 tonnes and two metres in length, was found during building work on the Wismarer Strasse in the Westend district, according to the Frankfurter Rundschau.

German media said the bomb was nicknamed "Wohnblockknacker" (blockbuster) during the war for its ability to wipe out whole streets or buildings.

A police spokesperson said on Wednesday that 70,000 people will likely have to leave their homes, meaning that almost one in ten of the city's 717,000 inhabitants will be affected.

"Due to the large size of the bomb, extensive evacuation measures must be taken," police said.

Police expect Sunday’s evacuation to be completed by midday so that they can get on with disposing of the bomb.

The biggest evacuation until now in the post-war era took place in Augsburg on Christmas Eve last year. On that occasion 54,000 people had to leave their homes after a 3.8 tonne British bomb was found in the southern city.

It is relatively common for unexploded bombs to be found during building work in urban areas in Germany.