Christiano Ronaldo receiving a certificate from Guinness at the premier of his film in London (Photo Credit: Guinness) g 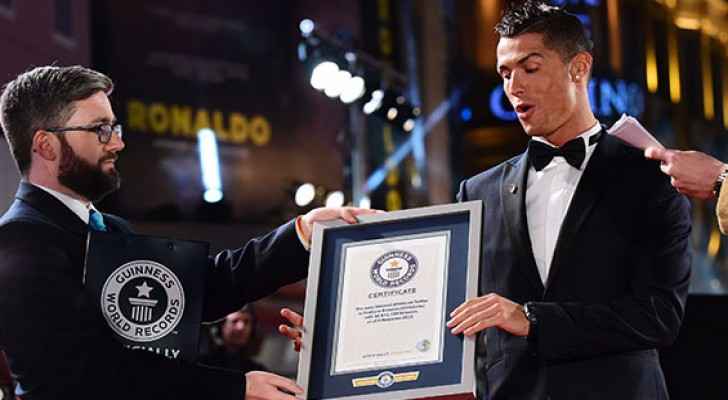 Real Madrid is hot on their trails with goals in 70 consecutive matches.

It could be another record to place under the Spanish team's belt according to Guinness World Records:

2) Most expensive football transfer with Gareth Bale at $132.9 million from Manchester United

3) Christian Ronaldo alone holds the following: Most goals in a UEFA Champions League season by an individual (17), Most FIFA World Player of the Year awards (3) and Most Liked Person On Facebook (Male), Most followed athlete on Twitter (with 37,831,159 followers as of 15 September 2015) and Most hat-tricks in a La Liga career (25)