The doctors have been identified and suspended. 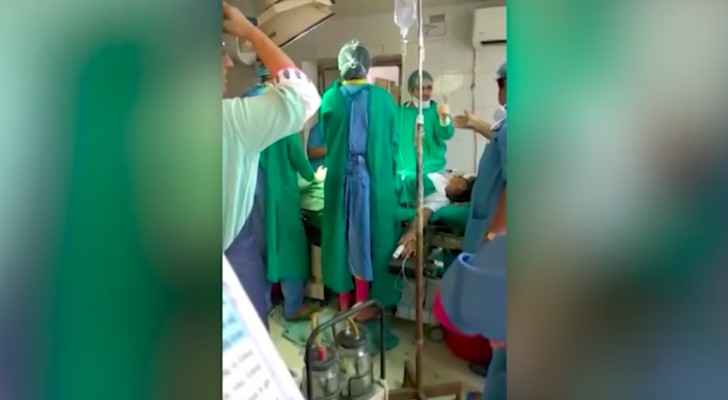 A pregnant woman’s baby died in India while her surgeons fought over who should be operating on her.

While the foetus’s heartbeat continued to drop, the doctors were seen in a video that has gone viral arguing over who should perform the emergency C-section.

Shouting, calling names and issuing threats set the scene in the operating room, as footage recorded by an Umaid Hospital staff member showed on Monday.

Rajasthan state Health Minister, Kali Charan Saraf, said that an inquiry has been launched into investigating the incident.

“The video showed Assistant Professor of Obstetrics and Gynaecology Dr. Ashok Nanival arguing with Professor of Anaesthesia Dr. Mathura Lal Tak using filthy language. We have taken the matter very seriously. We have set up an inquiry committee. Those found guilty will be taken into account,” Saraf said.

Controller of Umaid Hospital Dr. Amilal Bhat said he suspended the two doctors as soon as the incident was reported to him, according to Gulf News.

“This is highly condemnable. I have recommended disciplinary action against the two doctors to the state government. Besides, I have also formed an inquiry committee for further probe,” Dr. Bhat said.

“What has happened is a violation of Operation Theatre rules. Dr. Nanival was appointed an assistant professor on temporary basis. The Medical Education Department has the power to terminate such appointments. For Dr. Tak, who is a senior professor, the action will be decided soon by the hospital board,” Dr. Bhat added. 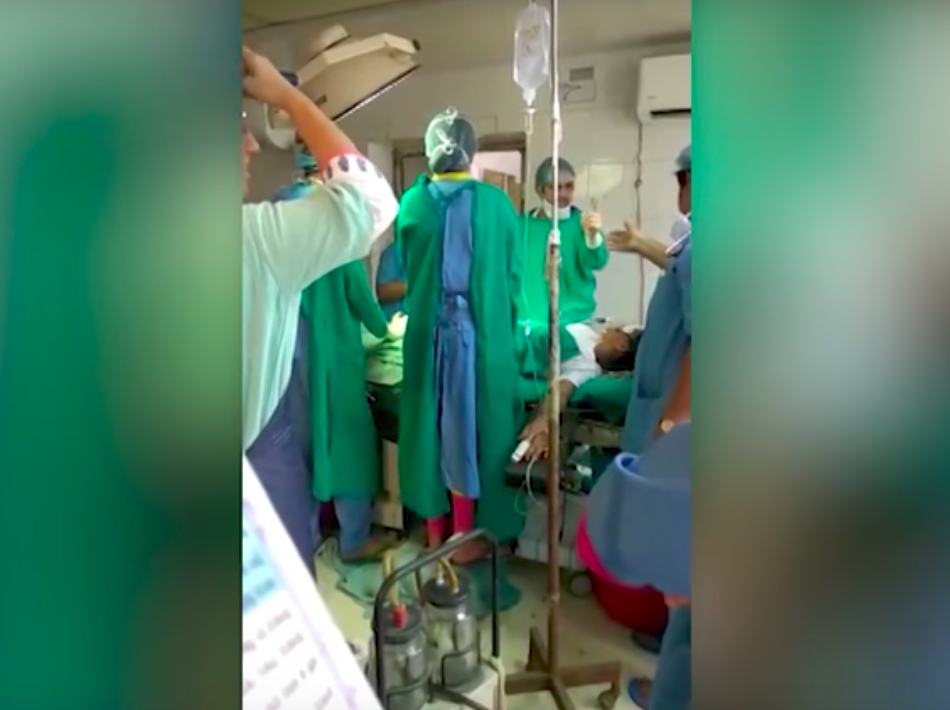 Dr. Tak, who was seen arguing in the video, told media that “the other doctor was arguing with me while I was trying to administer anaesthesia on the child. I was trying to save its life. I have raised the issue with the Controller.”

The incident has been brought forward to the Rajasthan High Court (HC) and a hearing session has been scheduled for 4 September.