The project aims to add a kiosk to every metro station. (Photo Credit: BBC) 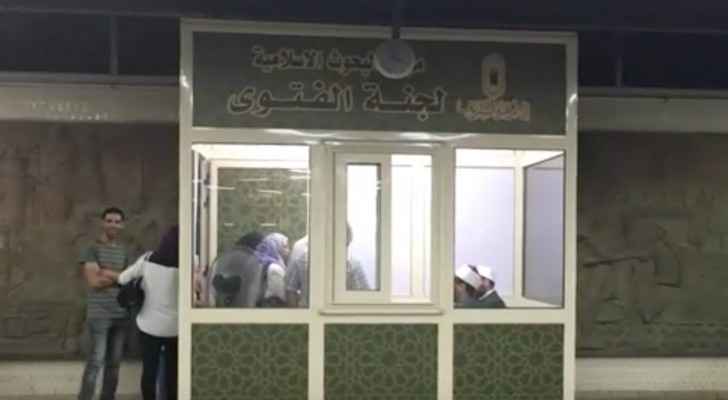 According to the BBC, the Egyptian government is testing a new initiative by opening fatwa kiosks at different stations on the Cairo metro.

The kiosks aim to give free religious edicts (fatwas) to the public, and are operated by members of al-Azhar Mosque, a scholarly religious authority specializing in Sunni Islam.

Kiosks are open from 9am to 8pm, where sheikhs are available to answer a variety of questions.

"We receive 50 to 70 questions daily, usually revolving around things like family relations, personal affairs, divorce and inheritance," said one of the sheikhs operating the kiosks.

"Most young people don't visit the mosque, but the fatwa kiosk offers people a chance to inquire," he added.

The appearance of the kiosk has received mixed reactions, with some people supporting the initiative as it makes understanding their religion more convenient, while others fear it is imposing religion on them.

Abbas calls upon Muslim and Christians ....