JadaL talks about their influences, the local music scene, and new music 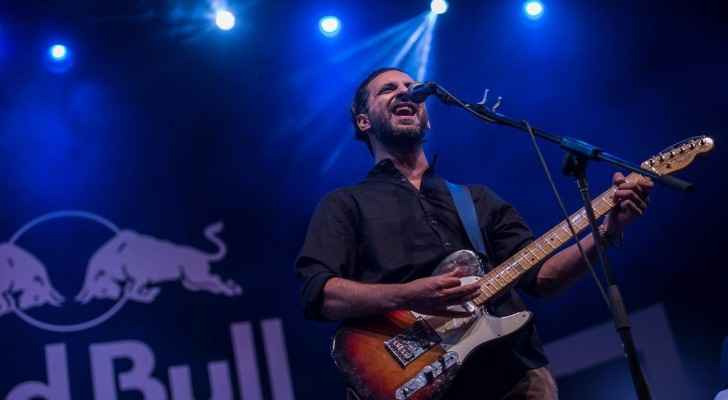 “You’ve gotten a haircut since I saw you perform in February,” I commented. Standing backstage in the parking lot where the band members’ cars were loaded with all kinds of instruments, equipment and knick knacks.

“Cool,” I replied; leaning on lead bassist Lutfi Malhas's car. “And the beard?”

“The beard stays on my face."

“You’re waiting to interview Mahmoud?” he asked rhetorically, smiling as he smoked a congratulatory cigarette for yet another spectacular performance. 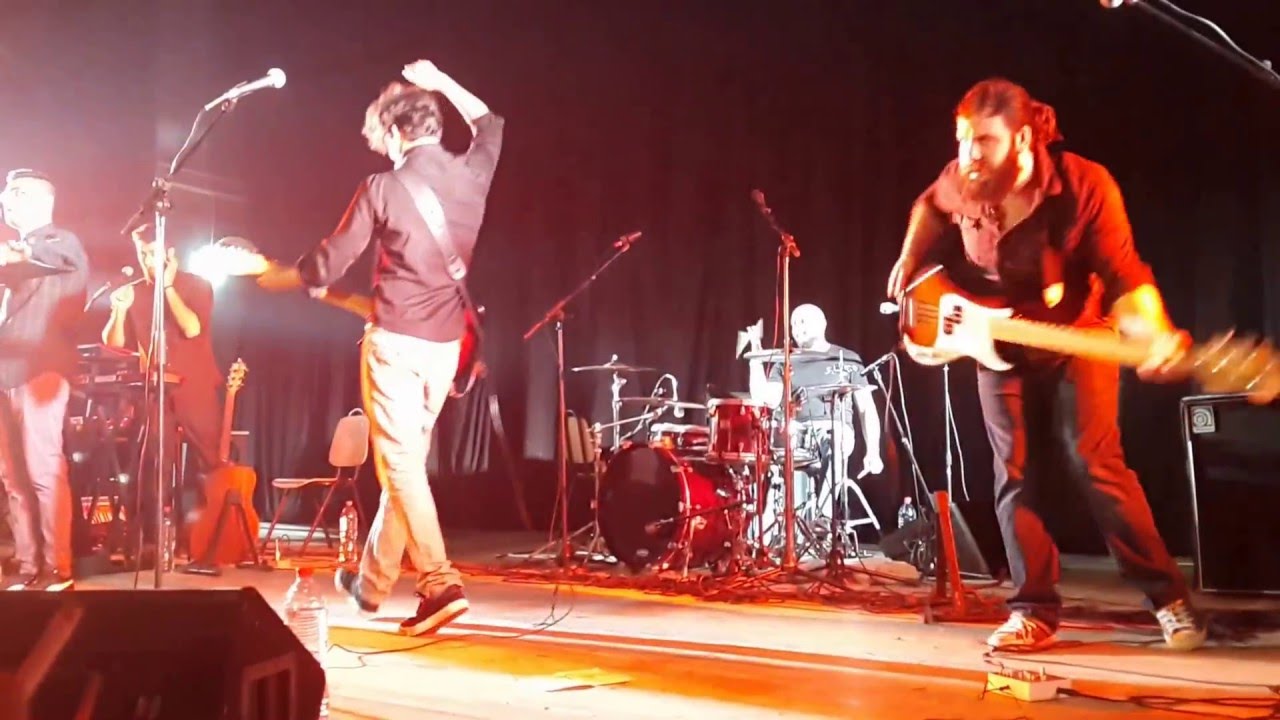 Enter Mahmoud Radaideh, taking the last few selfies with adoring fans who figured out he must have been somewhere backstage. He gestured to follow where the volume was lower, changed his shirt in his car and poised himself for the interview.

Surrounded by El Morabba3’s lush soundscapes, the recorder was set and he dived right in:

What is it like being a full-time musician in Jordan?

“I am not a full-time musician! I am an online marketer.”

Clearly he gets asked this question a lot. Indeed, it appears as though band members each have their own jobs, and get together to make music.

Do you think Jordan is a good environment for being an artist?

“Our music isn’t very politically charged. I personally have never witnessed any restrictions, we mostly talk about social, personal and human issues.”

Is there a reason why you choose to sing in Jordanian dialect rather than in Fosha, which could be more widely understood?

“Because we want people to know where we are from. We started in 2003 when Jordan’s rock scene didn’t exist -”

He stopped. El Morabba3’s Ma 3endak Khabar was playing we stood there, transfixed by layers of vibrant sounds.

“….Music that is real and music that comes from the heart is the music that has the most outreach, it really doesn’t have anything to do with dialect”

Is there a certain messages you want to convey to your audience?

Some things come out being pretty explicit while others are more subliminal. The message we want to convey from start to finish is good art.

Good art through music, and anthems.”

Are there any certain causes you associate yourself with, for example the environment?

What do you want to get out of making music?

“One day I hoped that people would listen to this style of music, which is something JadaL worked for and other artists continue to work for, and now we travel to different countries and have people come to see us in the thousands.”

Who were some of your biggest influences while working on Malyoun?

“The last album we tried to infuse the style I grew up with, which was grunge and hard rock. Muse was definitely an influence at some point, so was Pearl Jam.”

What musical direction do you think you’ll take in your next project?

“Our style has always been a little eclectic. Malyoun definitely did have a lot of grunge influences but some tracks were more electronic, and others ballads, progressive.

Where else do you draw your inspiration from?

“Every piece has its own form of inspiration. For example, if you listen to “Ashrar” it’s a little bit comical, how a man sits down and watches the news, then says “I want to kill all the ‘ashrar’”

I was watching Kill Bill and I was thinking about how to convey this imagery to listeners. “Ashrar” is a bit of a childish word, and the song is there to show the absurdity of thinking of people as heroes and villains. The message revolves around the concept of ‘to each their own’, if that makes sense.”

So your style isn’t to write a song about a specific topic, it mostly comes as is?

“Something like that, my work comes from moments of inspiration.
‘Committment’ I wrote in 5 minutes and ‘Salma’ I wrote on my way to bed -”

A couple of drunken fans stumbled onto the side of his car. They blurbed out what sounded like praise - something about thanking God for bringing JadaL to us, took some selfies and hurried off. 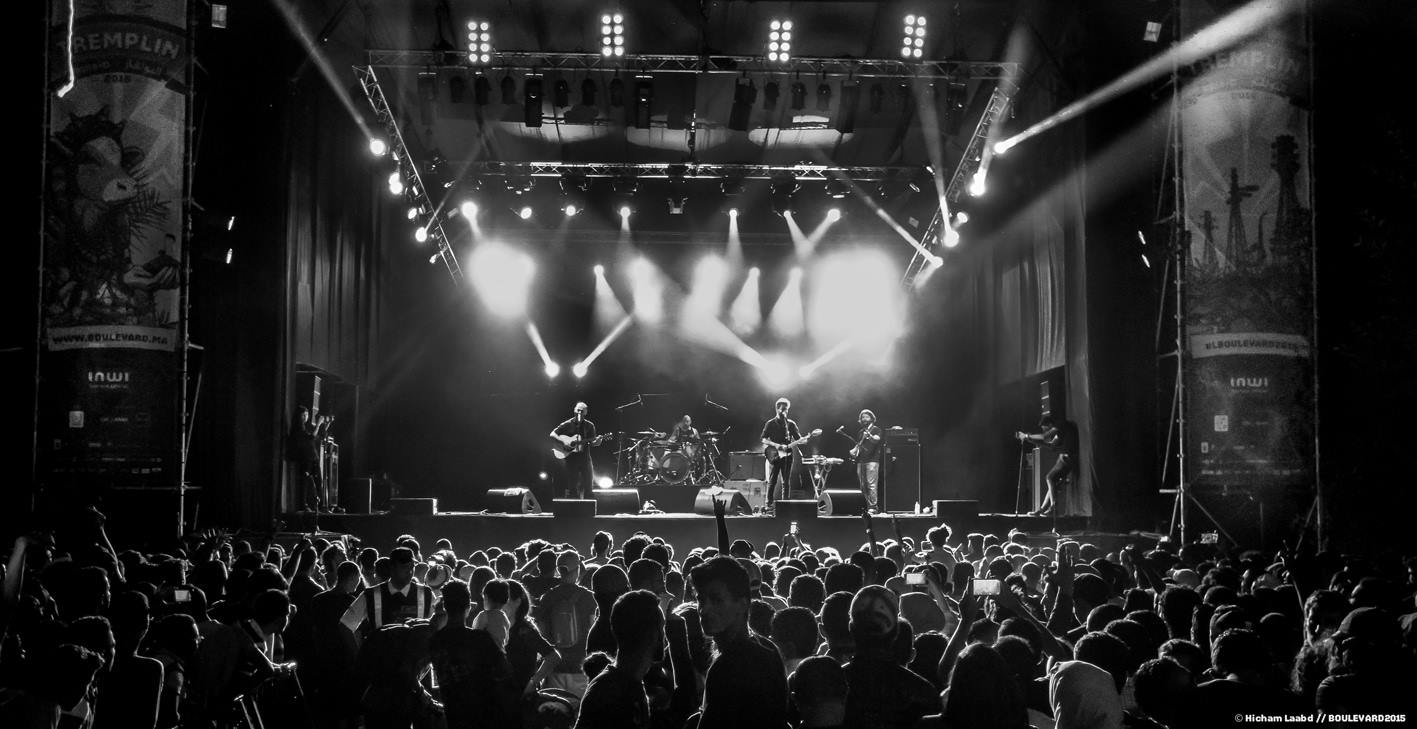 What do you think about other musicians in the scene in Jordan like Autostratd, El Morabba3, Akher Zapheer?

“They all have their place and their influence on Jordan’s music scene. These bands really worked hard to showcase their talents, as did we, and Jordan got to the point where it is now the hub for independent music in the Arab world

As a matter of fact, all of us musicians have known each other for a long time everyone had the same vision.

Jordan’s has been the hub of proper independent music since 2012, which sounds really refined and sophisticated. There’s extensive thought and effort.”

What do you think of the future for indie music in Jordan?

“Well, we as JadaL have done our part. I started the band 14 years ago, throughout our time performing we’ve tried to promote other artists. New acts like Bayt al Ashwa’i, Ahmad Farah is a solo singer who sings with us as well”

Indeed, while Radaideh was selfie-ing Ahmad was friendly enough to keep me company. Ahmad's vocals soared during the concert; it may not be obvious with his playful stature, but he is quite impressionable.

“Other people like Amer Taher. If I had any means of supporting any new musical project I would do it with every tool I have at my disposal.

We’ve done a lot hopefully to pave the way for new artists, you know? In one of our songs we ask who’s going to come next and hold the banner for Jordan’s music scene. We’ve been around for a while, I for example am ten years older than our drummer who was originally from Bayt al Ashaw'i”

Who do you think are artists to watch out for that are new on the scene?

“All of them. Bayt al Ashwa’i definitely [Random House], they have a fresh sound and are incredibly talented.”

When can we expect to hear new music from you?

“There are a few new songs, but a good work of art needs time.”

So we can expect a new album?

“No there is no new album, Malyoun is still fairly recent it’s been a year. It could take three years to have material worth putting in an album...we might be putting out singles until then, though.”

With that, Radaideh smiled conclusively as I asked him for a selfie. No way was I interviewing JadaL without taking one.