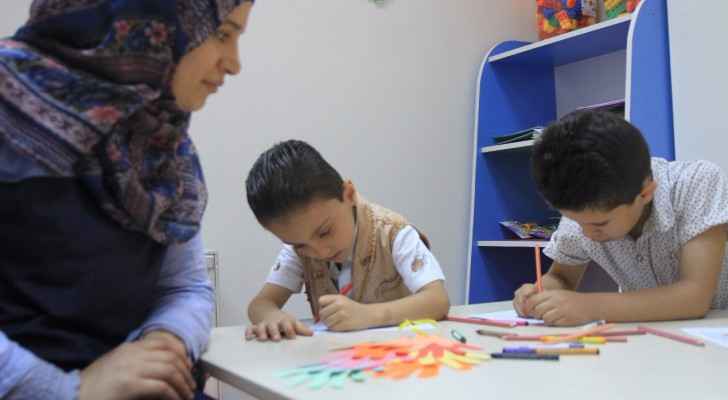 Since the start of Syria’s 2011 civil war, hundreds of thousands of refugees have made their way across the border to Jordan, many suffering from the immense physical and mental toll of the conflict.

In response to the imperative need for mental and physical rehabilitation services for refugees in the kingdom, the Sir Bobby Charlton Centre for Support and Rehabilitation officially opened Tuesday, August 23, in Amman. It intends to provide physical and mental support for refugees from Syria, Iraq and other conflict zones, now living in Jordan.

“Whatever the situation, we will follow up with the patient's, train more people. This centre is not for one nationality, it will be for all: Jordanian, Syrian, any other countries that need help and support. I hope that we will be ready and our door will always be open,” Akram Ramini, the executive director of Asian Development Training, told Ro’ya.

The centre is a joint venture between Sir Bobby’s UK-based landmine charity Find A Better Way, the Polus Center for Social & Economic Development, a US-based non-profit organisation with 38 years of experience helping people with disabilities and victims of conflict, and Asia Development Training (ADT), a Jordanian-based charity that provides rehabilitation to survivors of conflict.

According to Interior Ministry figures from 2015, an estimated 1.4 million have entered the kingdom since the beginning of Syria’s conflict. Many are dealing with the vast and complex physical challenges of losing a limb, alongside the risk of mental health issues brought on from the trauma of war.

However, despite these high rates of physical and mental trauma, there is only limited resources and access to experienced providers who are able to treat refugees effectively in Jordan.

“I think that the challenge here is to find out how to use scarce resources effectively, to really support victims. But there is no question that trauma is a big issue here, and people need those psychological services in addition to the physical rehabilitation,” Michael Etheridge, executive director of the Polis Centre, told Ro’ya.

The new centre aims to address these challenges, and provide rehabilitation services to hundreds of war wounded each year, especially children. It will offer “Trainer of Trainer” programmes in several rehabilitation fields including physical therapy, child trauma, peer support and advance training in prosthetic and orthotic care and other mobility aides.

Additionally, local and international subject matter experts will provide academic and “hands on practical training” in the fields of physical and psychological rehabilitation.

“The services are to help the physically disabled to come and exercise, to change the situation for those children who suffered from shock and trauma and to help them - through play, through painting, through art - to express themselves and bring out some of that trauma they suffered originally,” commented Lou McGrath, CEO of Find a Better Way. “This is a way for us to bring it all together in one centre,”

UNICEF : Million Syrian children out of ....