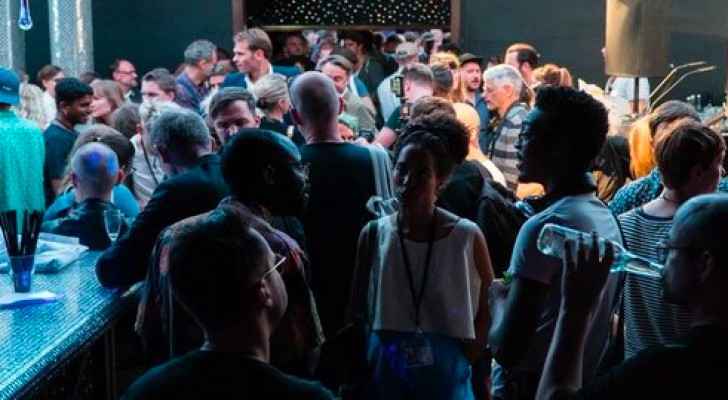 With the Israeli embassy on the list of sponsors for the festival, at least eight artists were prompted to boycott the event as part of the Boycott, Divestment and Sanctions (BDS) movement against Israel’s oppression of Palestinians.

On Wednesday, the band announced on Twitter that they were pulling out of the festival, stating: “Due to the addition of the Israeli governments [sic] logo to the list of partners and in solidarity with the Palestinian people, Young Fathers regrettably will not be performing at Pop Kultur festival in Berlin this week.”

American musician Thurston Moore also added his support to the boycott, urging Pop-Kultur to cancel the Israeli embassy sponsorship “in solidarity with [the] Palestinian call for cultural boycott.”

Additionally, British artist and musician Annie Goh pulled out of a panel on gender and the electronic music scene.

“As an artist and academic, I am taking a stand against participating in the festival due to its partial sponsorship by the Israeli embassy, in solidarity with Palestinians who have called for a boycott of Israeli state institutions until they adhere to international law,” Goh wrote.

Goh called charges of anti-Semitism against the Arab artists who were the first to announce their cancellations “despicable.”

She also criticized the “polarizing language” in a communication sent to artists by Pop-Kultur organizers, which “unfairly depicts” the BDS movement “as putting pressure on Arab artists to boycott.”

In a statement on its website, Pop-Kultur minimised the involvement of the Israeli government.

"The BDS Movement claims that Pop-Kultur has been 'co-organised' or 'co-financed' by the Israeli state, which is not true," the festival says.

"We believe that the only way to deal with conflict in this world is through critical discourse and dialogue. As artists and cultural workers, we in particular have the responsibility for building relationships and networks across borders, even if we disagree on certain points."

Meanwhile, the German Jewish groups, Jewish Voice for Just Peace in the Middle East, and Jewish Antifa Berlin, have expressed their support for the boycott and criticized the way German media have reported on the campaign, faulting them for hinting that the cancellations were due to the artists’ Arab backgrounds.

“Once again media outlets and politicians chose to ignore the problem of the Israeli occupation of Palestine and instead blame the artists or label their protest as connected to anti-Semitism,” the Jewish groups said in a joint statement.