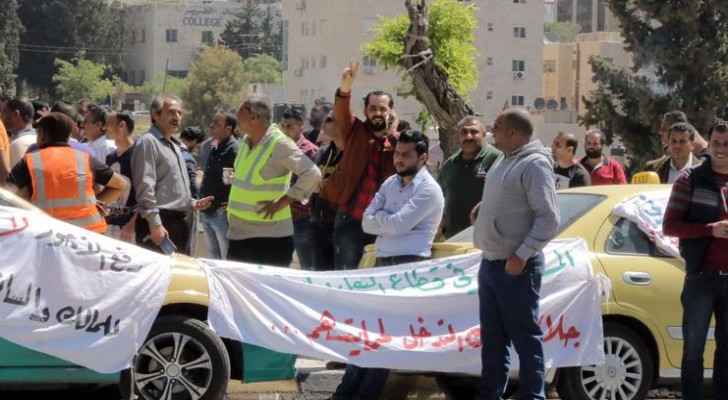 The Director General of the Transport Regulatory Authority, Salah al-Lozi, announced that all companies transporting passengers via smart phone applications, have been granted initial approval for 6 months.

In a statement he gave to Roya, al-Lozi said that the authority gave preliminary approval to the passenger transport companies that applied for a license for a period of 6 months. Acquiring a license is contingent on submitting all the necessary documents, including addresses of their offices and staff.

Applications like Careem and Uber have stirred much controversy in Jordan, which al-Lozi states have caused problems for taxi drivers, which are prompted to stage protests calling for a complete ban.

Critics of the applications believe that they are dangerous due to being "unmonitored", with drivers accumulating many traffic violations due to their young age.

Proponents, on the other hand, argue that increasing competition is good for improving quality of service from taxis. The apps also offer many employment opportunities for younger citizens, and passengers more convenience in hiring a car for transportation at any given time.

Some proponents also criticize taxi drivers, claiming that they are guilty of the same speeding violations they accuse Careem and Uber drivers of committing. They also state that there are many stories of passengers being involved in uncomfortable situations with taxi drivers; particularly sexual assault.

Thus far, the government has not stated how it plans to regulate app activity. However, the Department of Traffic does fine any individual who is found guilty of using a private car to transport passengers for profit.