You are not hallucinating - these Trump-shaped ecstasy pills are real

The pills show the US President’s face and famous hairstyle on one side, while his name is printed on the reverse. 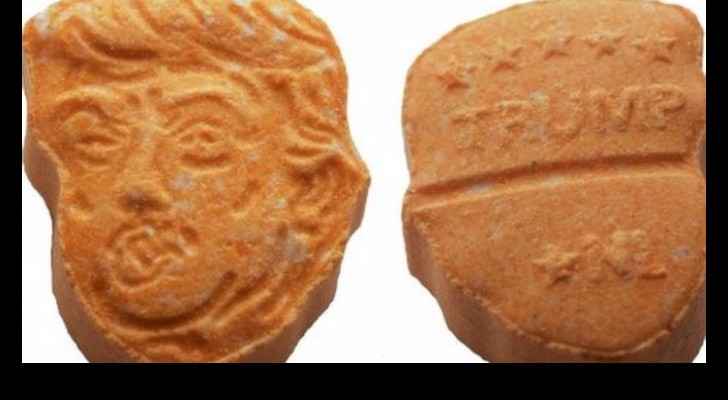 These Donald Trump-shaped ecstasy pills might be the most bizarre thing you’ll see on the Internet today!

German police seized 5,000 of the (fittingly) carrot-coloured tablets in the north-western city of Osnabruck over the weekend, according to the BBC.

The amusingly-designed pills show the US President’s face and famous hairstyle on one side, while his name is printed on the reverse.

Trump’s comments are often hard to swallow, and the same applies to the illegal tablets seized from an Austrian father, 51, and his son, 17.

While the double act were reportedly planning on selling the tablets on the internet under the slogan "Trump makes partying great again," the effects of ecstasy should be taken seriously.

Ecstasy can sometimes kill drug takers, but it more commonly causes them to feel paranoid, nauseous, panicked and agitated.

According to German police, a large amount of cash was found in the vehicle driven by the drug dealers, while they estimated the ecstasy pills’ sales value at nearly $60,000. That's "huge"!

The father and son are currently in police custody.