Students study outside after their school was demolished. (Photo: Quds Network) 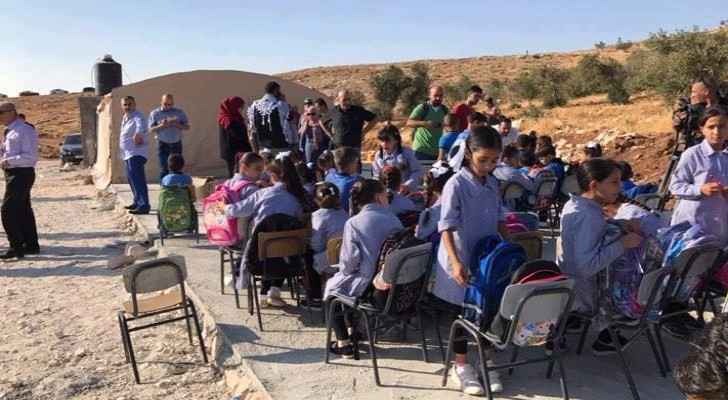 According to Hasan Breijieh, a Bethlehem area activist, Israeli forces removed the mobile classrooms with trucks, claiming that they were put up without permission.

The removals have left some 60 students without a school as the new academic year commences.

Earlier this week, Israeli forces reportedly demolished a kindergarten in the Bedouin community of Jabal al-Baba, in the outskirts of al-Eizariya in the occupied West Bank district of Jerusalem.

According to Palestinian news outlet Al-Ayyam, Israeli occupation forces demolished the kindergarten despite it being built with European Union funding, and with EU emblems on its walls to protect it against Israeli action.