Netanyahu and Putin during their last meeting in September 2015 in Israel. (Photo Credit: Associated Press) 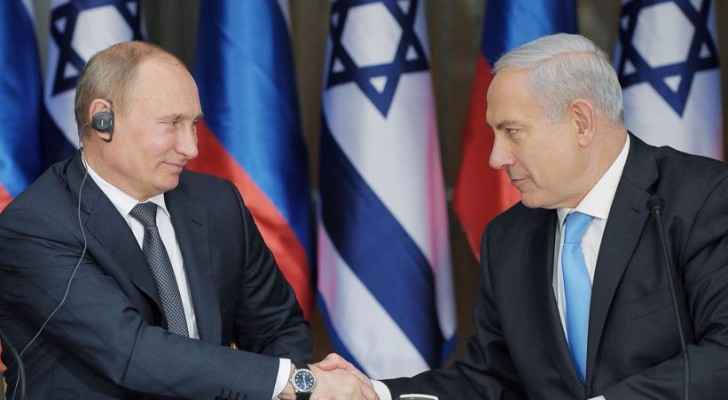 Israeli Prime Minister Benjamin Netanyahu is set to discuss with Putin his concern over Iran's presence in Syria, according to Reuters.

Iran and its Shiite allies are working to expand their influence in the war-torn country, as Russia works with the Assad regime to end the war, according to Israeli officials. Russia has been the main broker of ceasfire zones in the past few weeks, which Israel worries about claiming that Iranian and Hezbollah forces can use them to expand their presence.

The United States is a sponsor of these de-escalization zones, sharing Moscow's focus on defeating Daesh militants as a main priority, although Israel believes Iran poses a greater threat.

"I will discuss with (Putin) Iran's accelerated effort to entrench militarily in Syria," Netanyahu said yesterday. "This creates a problem not just for Israel, but for all the of countries of the Middle East and the whole world." Putin and Netanyahu are set to meet for the first time since September 2015, in the Black Sea city of Sochi.

The Kremlin stated that the two leaders would "exchange opinions on bilateral relations and the situation in the Middle East, primarily Syria, on fighting international terrorism, a Palestinian-Israeli settlement and other global and regional issues."

Without providing details, Netanyahu has publicly stated that Iran plans to set up air and naval bases in Syria. The Netanyahu regime issued veiled threats to take pre-emptive action.