Dancing to the Macarena lands Saudi teen in police custody

The brave boy dances to the Macarena in Jeddah. 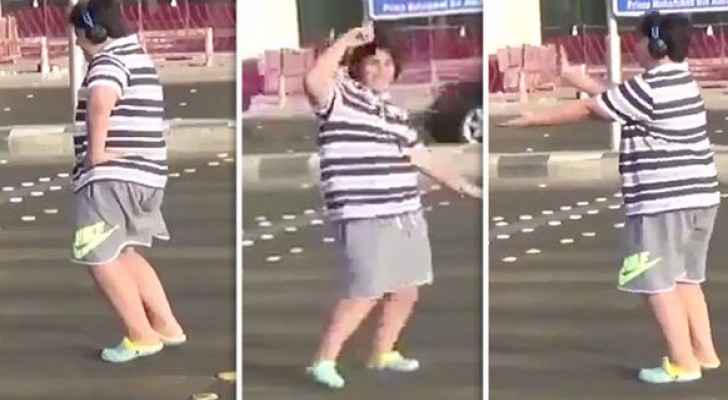 Only in Saudi will a teenage boy get arrested for dancing to the Macarena!

Mecca police on Tuesday detained a teenager for dancing to the 1990s hit song in the street, reported The Guardian.

Footage of the 14-year-old boy, where he is seen shaking it to the song’s catchy tunes at a traffic light crossing in Jeddah, was widely shared on social media.

Jeddah boy dancing in the middle of Tahlia Street is the hero we need pic.twitter.com/fui9v2UuDF

It is unknown where the teen comes from, but Mecca police said that he was being questioned because he had shown “improper public behaviour” and disrupted traffic.

His spontaneity was not out of step; if anything, it must have brought joy to the mundane morning traffic.

This isn’t the first time Saudi has shown a dislike for dancing.

The Kingdom justified the arrest by explaining that the “dab” move “encourages drug abuse.” Go figure!