Kim Jung-Un expressed solidarity with the Assad regime back in 2016. (Photo Courtesy: KCNA) 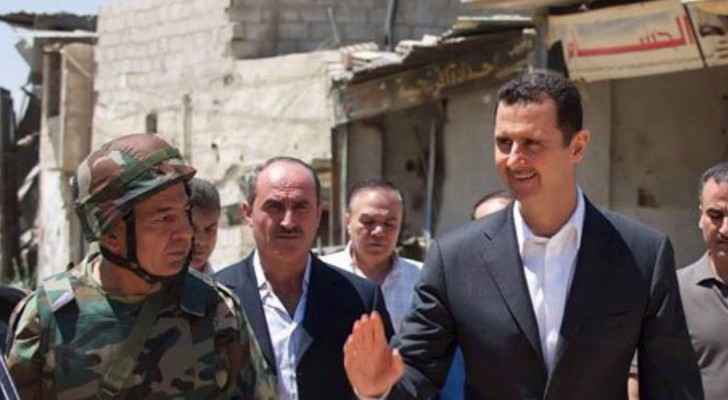 According to a United Nations report on North Korean sanctions violations, in the past six months two shipments to a Syrian government agency responsible for chemical weapons program were intercepted.

The report, submitted by a panel of independent experts to the UN Security Council, gave no details on when or where the interception was made, nor of the contents of the shipments, according to Reuters.

"The panel is investigating reported prohibited chemical, ballistic missile and conventional arms cooperation between Syria and the DPRK (Democratic Peoples Republic of Korea)," stated the report.

"Two member states interdicted shipments destined for Syria. Another Member state informed the panel that it had reasons to believe that the goods were part of a KOMID contract with Syria," according to the report.

According to Reuters, KOMID is a "mining" corporation that was blacklisted by the Security Council in 2009, described as Pyongyang's key arms dealer and exporter of equipment related to ballistic missiles and conventional weapons. Last year, the Council blacklisted two of its representatives in Syria.

"The consignees were Syrian entities designated by the European Union and the United States as front companies for Syria's Scientific Studies and Research Centre (SSRC)." The SSRC has overseen the country's chemical weapons program since the 70s, and was identified by the panel as cooperating with KOMID in previous prohibited items transfers.

In 2013, Syria agreed to destroy its chemical weapons after a deal was brokered by Russia and the United States. However, diplomats and weapons inspectors suspect Syria may have secretly maintained or developed a new chemical weapons capability.

During the Civil War, the Organisation for the Prohibition of Chemical Weapons has reported the use of banned nerve agent sarin at least twice, as well as widespread use of chlorine.

At least 22 civilians killed in Syria by airstrikes