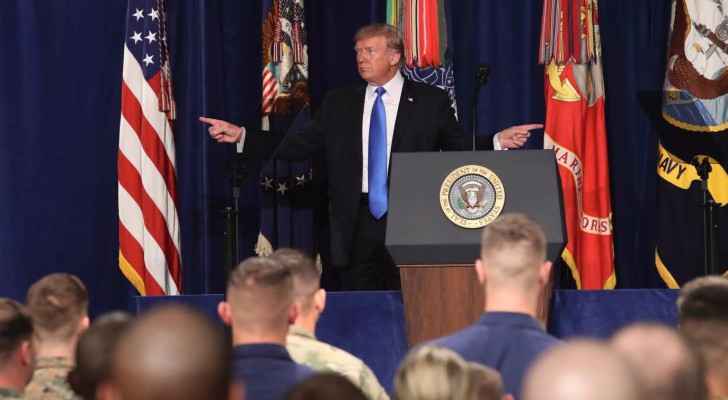 In his first address as commander-in-chief, U.S. President Donald Trump said the United States must continue fighting in Afghanistan to avoid "predictable and unacceptable" consequences of rapid withdrawal, after 16 years of war.

This change of policy is yet another one of Trump's backtracking statements, where during his campagin he advocated for U.S. withdrawal. In his speech he said his "original instinct was to pull out" of the war, once again shifting stances on his promised policies.

Since taking office, it seems as though the Trump administration does not wish to repeat the same mistake in Iraq, where U.S. withdrawal would leave a power vacuum filled with extremist groups like Daesh or al-Qaeda, according to al-Jazeera.

"We are not nation building again. We are killing terrorists," he said, commenting that the United States is not interested in constructing democracies "in far away lands".

Prior to the speech, Pentagon officials recommended sending 4,000 additional troops to the ground, though Trump made no mention and instead commented that policy will be played by ear, depending on developing situation.

At its peak under the Obama administration between 2010-2011, there were close to 10,000 troops stationed in the war-torn coutnry.

During his speech, Trump also made comments taking a harsh stance against Pakistan: "We can no longer be silent about Pakistan's safe havens for terrorist organisations."

He also said the United States wants India to help more in Afghanistan, particularly in areas of economic assistance and development.

"We are a partner and a friend but we will not dictate to the Afghan people how to live or how to govern their own complex society. We are not nation building again. We are killing terrorists," he said in concluding remarks.

Trump also left the door open for a deal with the Taliban, but asserted that it that is still a long way to go following "effective military effort".