A mystery to experts: number of migrants to Italy significantly decreases

Migrants from the African continent travel to Europe via Libya. (Photo Credit: NPR) 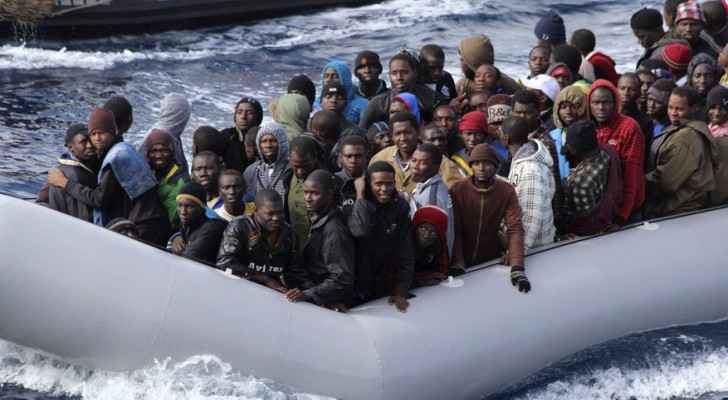 For the past three years, close to 20,000 migrants have arrived on the shores of Italy from Libya during the first two weeks of July. According to the Italian Interior Ministry, this year only a fifth of that people reached the country, and nobody knows why.

Since the European Union signed a deal with Turkey in 2016, where the state would stop migrants from reaching Greek islands, Italy has become the prime point of entry into the European continent.

The New York Times reports that over 600,000 migrants have landed in the country since 2013, leading to a rise in nationalist groups and the stretching of resources in repose to the center-left government's stance. Most migrants came from Libya, where the absence of a central government since the fall of Muammar al-Qadhafi allowed human trafficking to run amuck.

The report continues, stating that during the summer when weather conditions are more favorable, a usual spike in migrants reaches Italian islands, but since the 15th of July, migrant experts have been stumped as to why this has not been the case for 2017.

Mark Micallef, a senior research fellow at the Global Initiative Against Transnational Organized Crime, stated: "If you look at arrival statistics historically, they should be hitting a peak now in July and August, but instead we’re seeing a dramatic drop.”

Over the past year, Italy has lead an initiative of improving the ability of Libyan Coast Guard, and discouraging NGOs from operating migrant rescue boats. Italy and the European Union have also provided the Libyan Coast Guard with more resources, including boats.

For example, recent reports show that the coast guard's leadership threatened to attack boats operated by organizations such as Doctors Without Borders. Italy has also sent naval ships to Libyan waters to deter NGO boats from operating freely.

Experts speculate to what extent these efforts caused the recent drop in incoming migrants. They state that coast guard activity has actually been declining since May.

Mohamed al-Muntasser, a Libyan political analyst, said a new armed group in Sabartha, one smugglers' main port cities leaving Libya, plays a central role in persuading smugglers to stand down. The group calls itself the "National Guard", and has links to Libya’s internationally recognized government.

In a phone call with the New York Times, one smuggler confirmed that local forces had recently forced him to abandon operations in the town.

Other explanations suggest that migrants are finding alternative routes via Morocco, and the number of migrants arriving to Libya from Niger has decreased.

Analysts caution that this might not be permanent, especially due to Libya's competing militias and the profitability of migrant smuggling.

“My biggest question,” said Mattia Toaldo, a researcher on Libya at the European Council on Foreign Relations, “is for how long is this going to last?”