This sarcophagus was found in a Ptolemaic tomb in an area known as al-Kamin al-Sahraw. (PHOTOGRAPH BY EGYPTIAN MINISTRY OF ANTIQUITIES, AP) 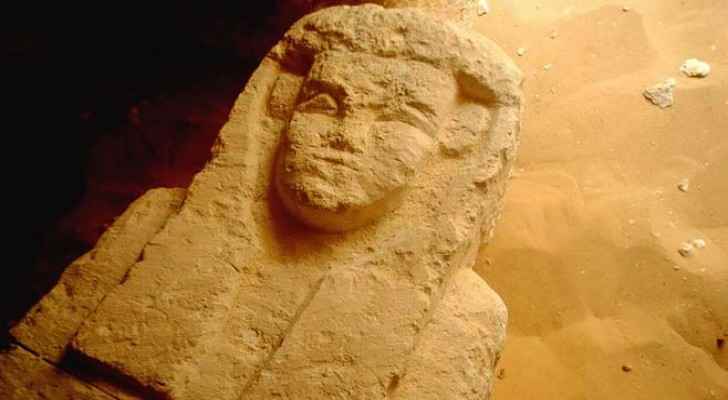 Big news for the world, particularly Egyptology lovers, as archeologists in southern Egypt uncovered three ancient tombs that date back around 2,000 years.

Egypt’s Ministry of Antiquities announced the news on Tuesday, saying that the finds are located in burial grounds at al-Kamin al-Sarwahi in Minya Province.

The tombs contained “a collection of different sarcophagi, or stone coffins, as well as clay fragments, while their discovery suggests that the area was a great cemetary for a long span of time,” according to the ministry.

Excavators found six burial holes in one of the tombs, including one for the burial of a small child.

In another tomb, what is believed to be the human remains of "men, women and children of different ages" were discovered, according to Ali al-Bakry, head of the mission.

"These tombs were part of a large cemetery for a large city and not a military garrison as some suggest," he said.

The tombs date back to the era between the 27th Dynasty, founded in 525BC, and the Greco-Roman era, which lasted between 332BC and the 4th Century, based on clay fragments found at the bruian site.

"works are under way in order to reveal more secrets," the ministry said in a statement.

Excavation works at the site began in 2015.

Egyptologists make shocking discovery at the ....

Egyptologists make shocking discovery at the ....