Reading and Leeds music festivals accused of being 'fruitist' 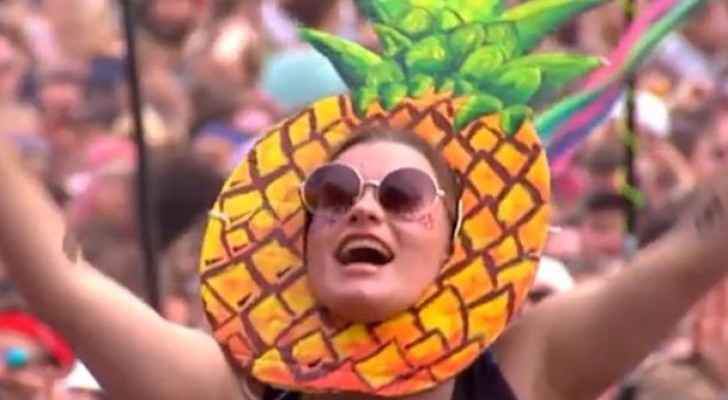 Joe Seaward, the drummer from Glass Animals, expressed his dismay with the Reading and Leeds festivals' decision to ban the entrance of pineapples into the venues.

"Watermelons are fine, but not pineapples?" he said, defiantly remarking that "anyone who wasn't bringing a pineapple definitely is now."

The status of the fruit, which recently became the subject of discrimination by organisers of the music festivals, is a matter of concern to the indie rock band, according to the BBC.

The band was nominated for this year's Mercury Prize for their album "How to be a Human Being", with themes of unity that are not limited to interactions between humans, but also humans and fruit.

The group performed in solidarity with pineapples at Glastonbury last June, when the stage was decorated with the prickly fruit, and many fans came dressed as pineapples. It is unclear whether British news sources scrutinized the use of yellow-face as fruital stereotyping, although other advocacy groups have claimed this is the result of human privilege.

Moreover, advocacy groups claim that popular television shows such as Spongebob Sqaurepants further exacerbate the problem, by normalizing the act of hollowing out a pineapple's insides and replacing them with furniture.

"It indoctrinates children into thinking that living inside a pineapple is normal," says a spokesperson from the Pineapple Protection Agency.

Pineapples have been historically marginalized for centuries. The derogatory terms "Nappies" or "dessert" are usually used to refer to them, although the more politically correct term "Ananas comosus" is preferred.

Rights groups - particularly carnivores, emphasize the need to switch from a plant-based diet in order not to compromise the rights and integrity of produce.

Consumption is highest in Costa Rica and Brazil, which some left-wing media outlets would describe as outright "genocide", in an attempt to lobby for international organizations' recognition of the politically salient issue.

Glass Animals have long been advocates for equality with pineapples. In their song "Pork Soda", the lyrics make an explicit statement of solidary stating "pineapples in my head", prompting many fans to attend their concerts with pineapples in support of the cause.

Other musicians have also contributed to the civil rights movement, such as Rick Ross in his 2014 song "Diced Pineapples", and Crowded House's "Pineapple Head".

Organizers of the festivals however, refuse to concede. A spokesman for the festivals said: "Organisers were a little concerned about hundreds of pineapples turning up on site so decided to ask fans not to bring them along."

Netanyahu fans the flames of a dangerous ideology

Netanyahu fans the flames of a dangerous ....

Netanyahu fans the flames of a dangerous ....

Netanyahu fans the flames of a ....