A 'bigly' bad week for Trump 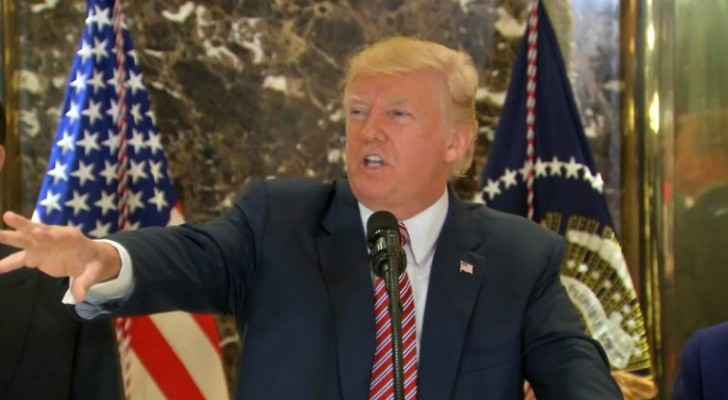 It has been a tougher week than usual for the Trump administration: internationally, tensions rose with Iran and North Korea. Domestically, substantial backlash was received due to the events in Charlottseville.

In terms of foreign policy, the White House is having a meltdown, as the Trump administration's relationships with Iran and North Korea appear to be going nuclear.

With North Korea, a week's worth of ballistic statements were exchanged between Trump and North Korean 'toddler in tiara' Kim Jung-Un. North Korea asserted its plans to fire ballistic missiles 30 kilometers off the coast of Guam, saying they will be ready by next month. Trump threatened with "fire and fury", in response to well, fire and fury.

Meanwhile, further west...President of Iran Hassan Rouhani warned that the country could restart its nuclear program "within hours", with technology more advanced than they had in 2015. Iran's nuclear program was cooled off by a deal signed with the Obama administration, which Trump campaigned heavily against.

Iran insists that it will not equip its ballistic missiles with nuclear warheads, and that its program is entirely peaceful. Following a week of new sanctions imposed on the country however, Iran's parliament voted in overwhelming favor of legislation to increase its budget for military forces and technology.

With the seemingly imminent threat of nuclear war, could Trump save (tangerine) face before the atmosphere is flooded with radiation?

Seemingly not. Things do not seem to be looking too peachy at home either.

The "alt-right", a catch-all term for white supremacists, white nationalists, neo-nazis, and KKK members, held a rally in Charlottseville. Anti-fascists protested against the rally, with tensions escalating as one alt-righter steered his car into a group of protestors.

Heather Heyer, an anti-fascist protestor, died of injuries at a hospital, while 35 others were injured. Trump of course, responded in usual Trump fashion.

In a press conference, he made statements blaming both sides, garnering severe backlash nationwide. Critics pointed out the false equivalency he made between defenders of basic human rights and confederates carrying tiki torches, which basically made it a pool party for Nazis minus the pool and also any fun.

The good news for all 7.5 billion of us, is that North Korea announced its plan to back down from the missile test on Guam. Trump responded, again in usual Trump fashion, by praising the decision in his early-morning tweets.

We have yet to see any developments on Iran's nuclear plan. It is unlikely the businessman will be able to sign a better deal.

And finally, on Charlottseville...we all go to bed asking ourselves: "how in the world did we get ourselves in this situation?" yet again.