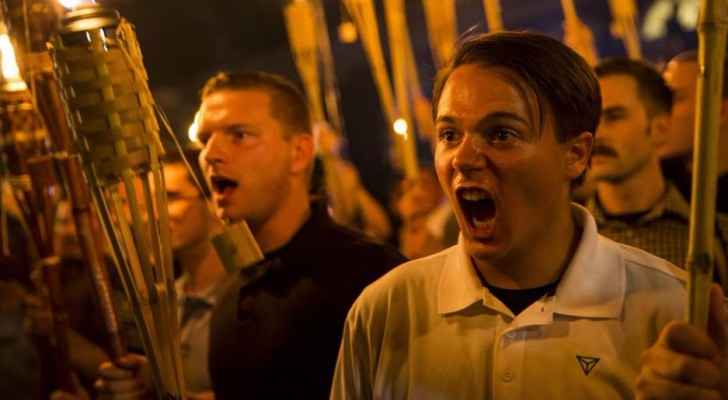 In the wake of anti-Semitic chants in Charlottesville, Israelis have questioned Israeli prime minister Benjamin Netanyahu’s silence over the events, alongside his son’s voiced-concern over the "far left"

Recent events in Charlottesville, Virginia, triggered near-universal condemnation of white supremacists, white nationalists and neo-Nazis. Curiously, the prime minister of a Jewish-majority state made no comment, despite the slew of anti-semitic rhetoric stemming from these groups.

Even Trump himself made a statement condemning racism and far-right groups, followed by a backtracking statement to absolve himself of blame, followed by another statement arguing that anti-fascist groups are equally as bad, followed by the usual slur of one-syllable words and incorrect facts.

The question some Israelis are pondering, it seems, is that if Trump gave us an inconsistent word salad of condemnation, why didn't Bibi?

During the demonstrations in Charlottseville, members of the far-right were chanting old Nazi slogans targeting the Jewish community, such as "Jews will not replace us" and "blood and soil". Netanyahu's son, Yair's statement is more interesting than his father's lackthereof.

"The thugs of Antifa and BLM who hate my country (and America too in my view) just as much are getting stronger and stronger and becoming super dominant in American universities and public life," he stated on his private Facebook account, which indicates that the Netanyahus are more concerned with those opposing far-right Israeli parties rather than the Jewish people.

Trump and Netanyahu have recently come under fire, as the people of the United States and Israel seem to be increasingly tired of corrupt right-wing government.