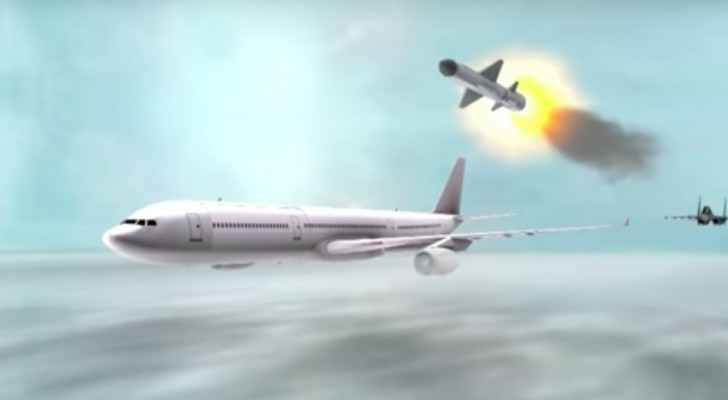 What will happen if a passenger jet enters Saudi airspace amid the current turbulent situation between the two Gulf states? A video produced by Saudi state TV answers the question.

Animated footage broadcasted by the channel showed that one of the measures Saudi authorities would take would be to blast the jet out of the sky with a missile strike.

The footage was widely shared, and criticized, by social media users on Twitter.

Tweeps condemned the video which showed a Qatar Airways plane being shot down by a Saudi fighter jet.

To make matters worse, the voice over in the video announced that “it is Saudi’s right under International Law to deal with ‘violating’ planes in any way they wish.”

"International Law also allows states to shoot down any flight that violates a state's airspace, classing it as a legitimate target, especially over military areas," the voice in the video argued.

One Twitter user, Ibtesam Al Emadi, said: “What is this called, spreading terrorist ideology or not?”

Another Tweep called NOUF, pointed out: 'After broadcasting the video and threatening to use violence, now who r the terrorists?'

Led by Saudi Arabia, Bahrain, Egypt and the UAE closed their airspace to Qatar in June after accusing the isolated-state of supporting and funding terrorism.

Meanwhile, the CEO of Qatar Airways, Akbar Al Baker, seems to be optimistic about the airline’s future.

The carrier plans to extend its network to 62 new destinations.

"This historic announcement comes at time of historic significance; while some countries in the region have decided to close their skies and their borders, Qatar has instead opened its borders," he said.