Al-Faisaly to appeal against Union of Arab Football Associations' $282,000 fine

The intense Arab Club Championship final ended with the referee in hospital. 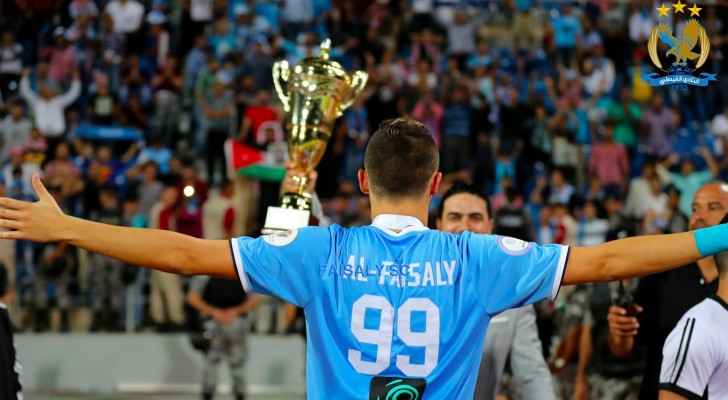 The Union of Arab Football Associations (UAFA) is fining the club $282,000, in addition to suspending the team’s manager, Sulaiman Al Assaf, and fining him $14,000, as well as suspending five players for one year: Moatza Yaseen, Akram Al Zawi, Ibrahim Al Zawahrah, Ibrahim Daldoom and Bahaa Abdelrahman.

However, Al-Faisaly Club’s manager, Thamer Al Adwan, told Roya that the club will be filing an appeal against the penalties, which he referred to as “unfair and exaggerated.”

Adwan added that the financial fines imposed on the club are much higher than the actual cost of damages that Faisaly fans left at the Alexandria Stadium.

Earlier this month, Egyptian referee Ibrahim Nour Eddine was attacked by furious Faisaly fans who accused him of allowing Tunisia’s Esperance to score a goal into an empty net from the off-side position, while a Faisaly player was still injured on the pitch.

Egyptian police had arrested dozens of Al-Faisaly fans who were involved in hooliganism, and who were later received following phone calls between King Abdullah II and Egyptian authorities.