Airstrikes have been reported in the area over the last few days. 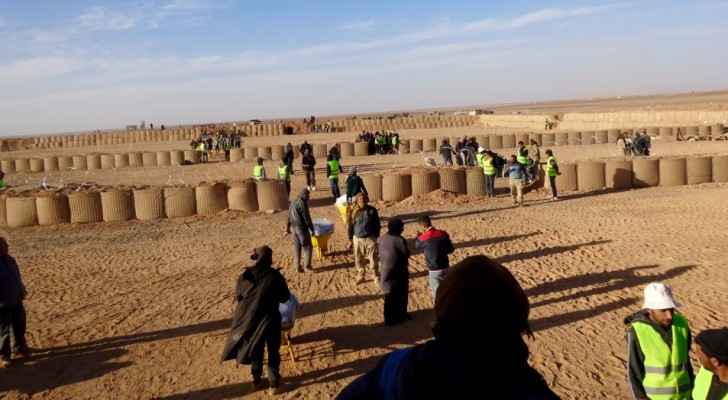 The UN has reported almost 50,000 people, mostly of them women and children, stranded at Syria's southern border with Jordan, stationed in an increasingly unsafe area where air strikes were reported in the last few days.

Those remaining in the area, known as the berm, face a scarcity of food and health care, Haq said.
In one section, called Hadalat, an estimated 4,000 people are reportedly living solely on flour and water, he said.

Since then, international aid organisations have struggled with the dilemma of how to send aid to an off-limits areas.

Haq said on Monday that UN agencies "are deeply concerned about the security and protection" of the nearly 50,000 people stranded at the border.

"The UN calls on all parties to the conflict to take the necessary steps to prevent further harm to the frightened and highly vulnerable individuals stranded at the border," he said.