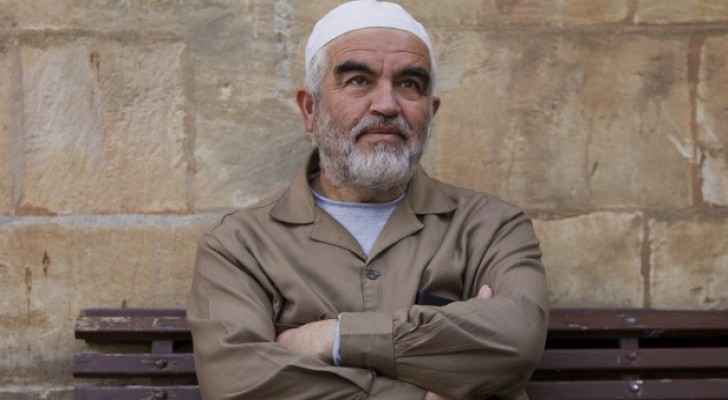 Sheikh Raed Salah, leader of the northern branch of the Islamic Movement in Israel, was arrested by Israeli authorities on Tuesday morning.

Israeli media reported that Salah was arrested “on suspicion of inciting terrorism.”

However, Salah’s wife said in a press statement that her husband was taken in for “campaigning for Palestine’s freedom and Al Aqsa.”

She said that 20 Israeli police officers raided their home in Umm Al-Fahm and “asked Sheikh Raed to prepare a bag because he is under arrest.”

She added that two laptops were seized from his office after their home was thoroughly searched.

Meanwhile, an activist in the Islamic Movement said that "this is political persecution. They are constantly trying to blame the sheikh for incitement, but there is no basis for all this. The sheikh always tries to calm things down and does not call for riots as they claim. It is better that they stop the racists who incite against the Arab citizens, like Lieberman and others. Unfortunately, this country is only looking to persecute us at all costs. What matters to them is that the sheikh is in jail."

Israeli politicians have been campaigning against Sheikh Salah since the Al Aqsa crisis began on July 14, with Israeli politician Yisrael Katz threatening to arrest and throw Salah out of the country.