The taxi drivers protesting in front of the Ministry of Communication's building. 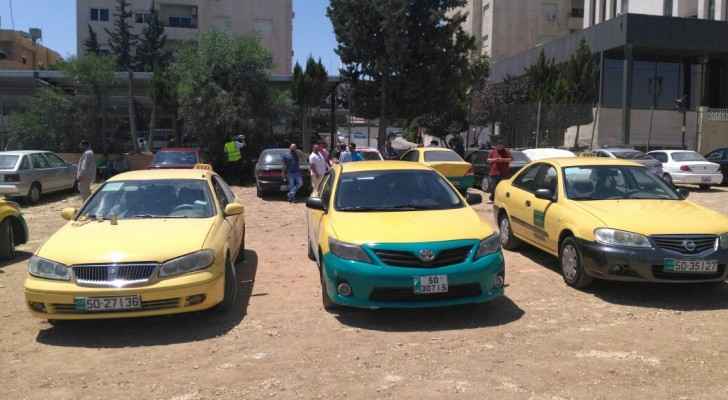 Dozens of yellow cab drivers demonstrated in front of the Ministry of Communication in Amman in against on-demand transportation services like Uber and Careem.

Taxi drivers said that this protest comes as a response to what they’ve described as the “marginalization” of their constant demands to stop Uber and Careem, which “all relevant and concerned parties were unable to stop.”

Several drivers threatened to burn their vehicles next Thursday in front of the Ministry building in case the Government does not accept their demands.

The drivers said that they will sleep in their place until these apps get blocked. 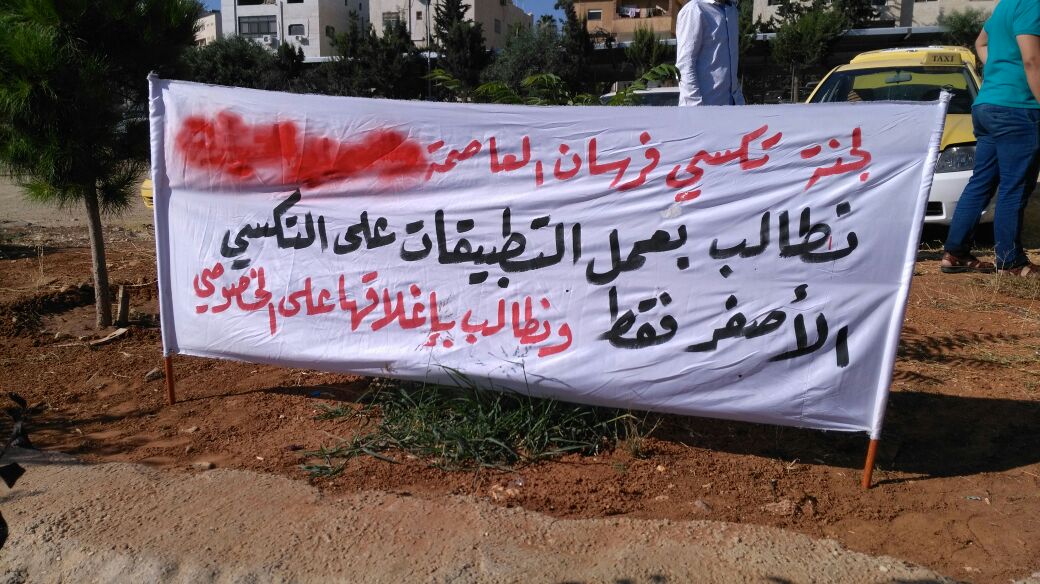 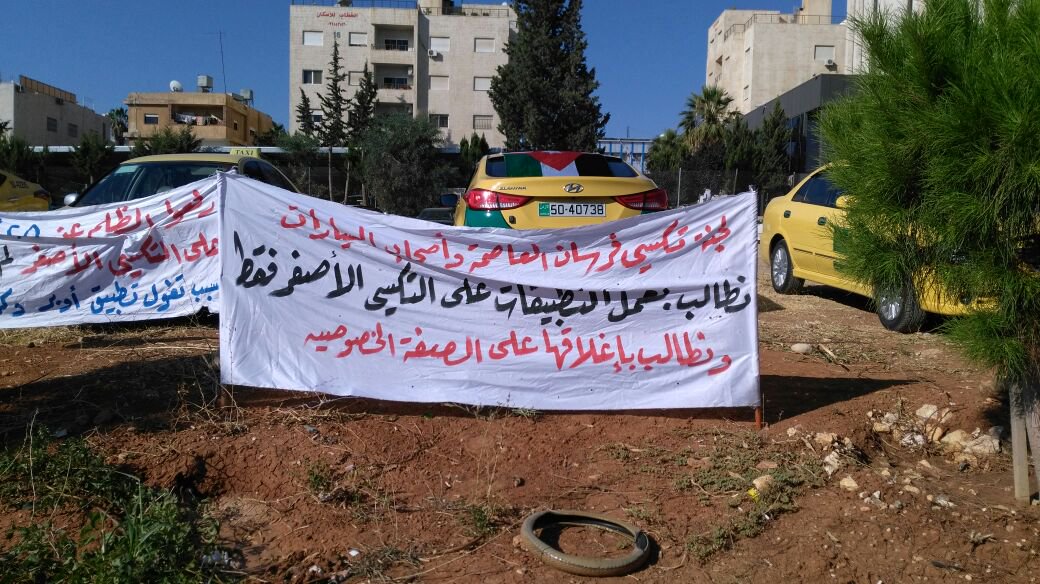 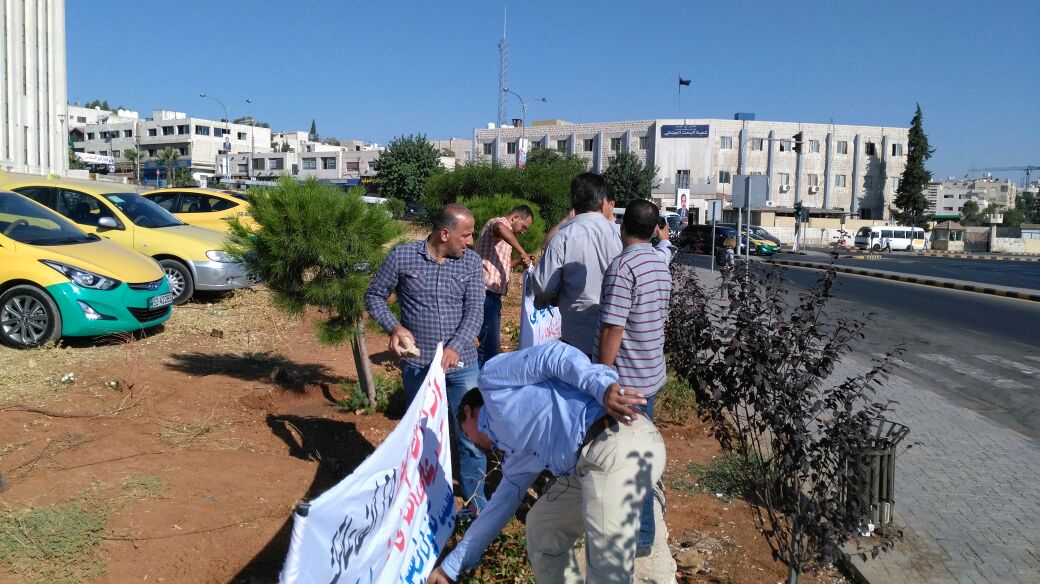