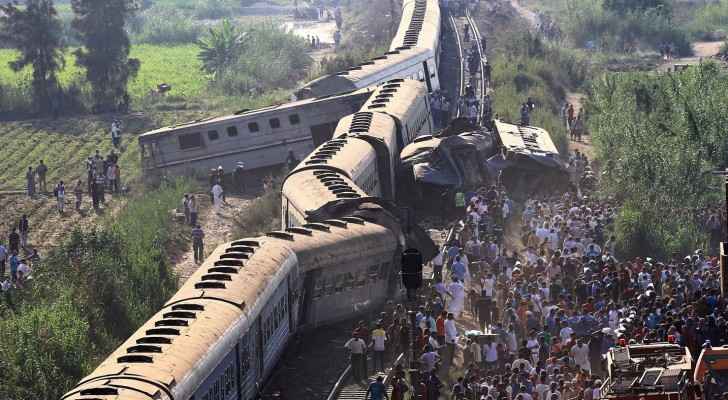 Prosecutors in Eatern Alexandria issued a warrant calling for the arrest of the two drivers involved in a train collision yesterday in Egypt.

They also released train employees and administration after questioning, and demanded blood and urine samples be collected to test for any potential drug use prior to the accident.

This comes after two trains carrying passengers collided into each other at approximately 14:15 local time yesterday. Both trains, one coming from Cairo and the other from Port Said, collided en route to Alexandria, with an estimated 41 deaths and 120 injuries according to health officials.

Transport Minister Hisham Arafat stated the cause was ‘human error’, after one of the trains was halted after a malfunction. President Sisi ordered an investigation of the accident, and promised financial compensation to the families of the victims.

The last accident of this scale to happen in Egypt occurred in November 2013, when a train crashed into a minibus and other vehicles in Cairo. The largest death toll however, comes from an accident in 2002, where a crowded train was set ablaze killing 370 people.

Egypt’s economy is in poor shape, indicated by rising prices with subsidies cut to basic goods such as food, baby formula, pharmaceuticals and birth control pills.

The country is also struggling to rebuild its tourism industry, after a series of attacks in the Sinai Peninsula, and diplomatic tension with regional powers, making it difficult to finance any major improvements to managing public transport.