Trump thanks Putin and literally no one is surprised

Graffiti art of Trump and Putin in New York 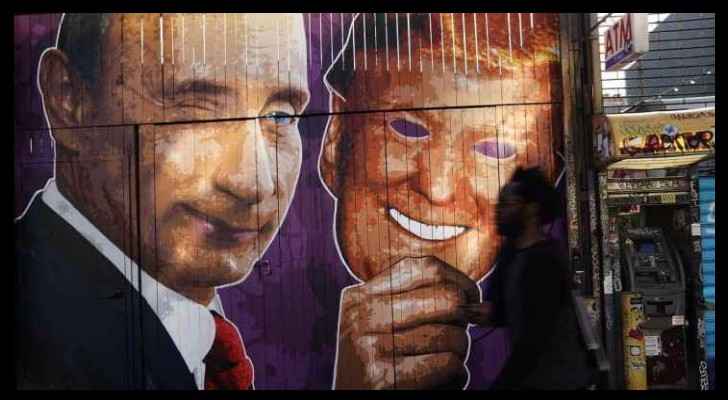 US president Donald Trump thanked his Russian counterpart Vladimir Putin on Thursday for his decision to limit US diplomatic presence in Russia, because why not. He clarified, completely seriously, that this decision saves the US “a lot of money”.

Putin announced at the end of July that the US Embassy in Moscow would have to cut 755 jobs, during a particularly tense phase of US-Russian relations, the worst they have been since the Cold War.

The decision was in response to a new set of sanctions Congress imposed against Russia, which in turn were a response to allegations of Russian interference in the 2016 US elections. Trump was opposed to the sanctions, but was constitutionally obliged to sign them into law because of a congerssional majority.

Trump made his statement to reporters while he was at the Trump National Golf Club in New Jersey, saying “I want to thank him because we’re trying to cut down our payroll, and as far as I’m concerned, I’m very thankful that he let go of a large number of people because now we have a smaller payroll.”

“There’s no real reason for them to go back. I greatly appreciate the fact that we’ve been able to cut our payroll of the United States. We’re going to save a lot of money.”

To repeat, all these declarations are completely serious.

It is also worth mentioning that two days earlier, on Tuesday, Trump threatened to unleash “fire and fury” against North Korea if it continued to threaten the US. In a context of nuclear war, this is particularly worrying considering Trump proving time and again that his understanding of nuclear power is less than adequate.