Another voice of justice lost for the Syrian people 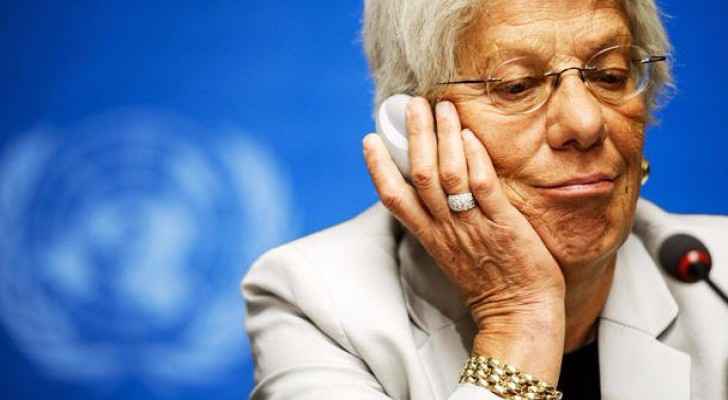 ‘I give up,’ says Carla Del Ponte, a former top war crimes prosecutor in the United Nation’s Independent Commission of Inquiry on Syria, saying ‘the states in the Security Council don’t want justice.’

Ms. Ponte recently made comments to the Swiss publication Blick, addressing her aggravation with working at a commission which “simply doesn’t do anything,” leaving only two members on the panel.

Del Ponte is revered for her work as a war crimes prosecutor in tribunals on Rwanda and the former-Yugoslavia. Despite her work however, she adds a heartbreaking note: “Believe me, the terrible crimes committed in Syria I neither saw in Rwanda nor ex-Yugoslavia. We thought the international community had learned from Rwanda. But no, it learned nothing.”

Numerous reports documented by the commission outline serious crimes by the government and by non-state armed groups, leaving the Syrian people as mere casualties between warring entities over the course of the six-year war.

“For five years we’ve been running up against walls,” she says, with “absolutely no success.”

The commission stated Del Ponte informed them of her intention to resign in June, adding that efforts to address the “worst human rights violations and international crimes known to humanity” need to be addressed now more than ever.

Del Ponte was wished well in her resignation, with the commission praising her tireless advocacy for “the cause of accountability” and brining crimes against humanity to justice.

How will the international community react to her resignation? Better yet, will the commission be adding more people to the panel?