The 21-year-old suspect was previously charged with attempted murder. 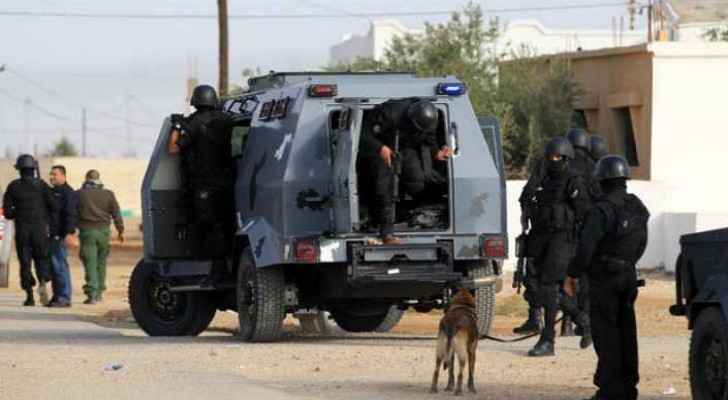 The Public Security Directorate (PSD) issued a statement revealing that the shooter who targeted a police patrol in Maan yesterday, killing one police officer and injuring another, has a dangerous criminal record.

The 21-year-old man behind the assault is still at large. He was previously arrested more than once, and has 11 offences in his criminal record for crimes ranging from shooting firearms, assault on employees, and attempted murder.

The suspect was also reported to have formed a gang at some point, and was last apprehended in 2016.

The suspect’s whereabouts have been unknown for the past four months.

He has two siblings in rehabilitation centers for crimes including drugs and arms dealings and firing firearms.

Meanwhile, Members of the Jordanian Parliament objected to referring to the suspect as a “terrorist”, while House Speaker Atef Al Tarawneh said that he must be punished accordingly.

Members of the Parliament recited Al Fatihah, the opening chapter of the Qur’an, for the soul murdered PSD member.

A police officer was killed while another was critically injured yesterday when a wanted suspect fired shots at their patrol in Maan.

The suspect is still at large, and the PSD has been hunting for him since the assault.

Man killed during argument in Ma'an: ....