Jordanian beggar collects 1000 dinars in mere hours before getting caught

The Ministry of Social Development has been cracking down on beggary with the help of religious circles. 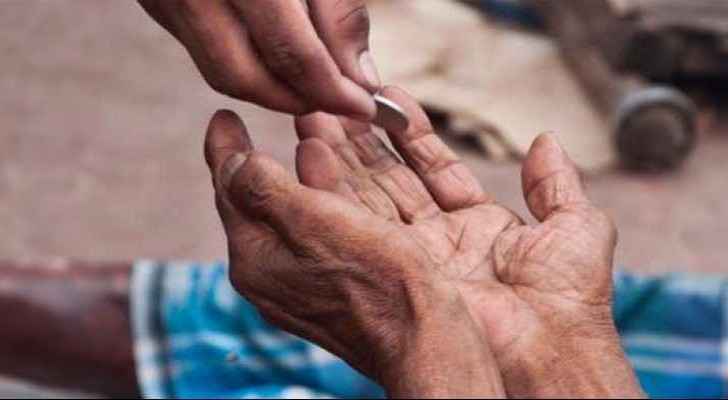 Think you’re making enough money? A beggar who was able to collect a thousand Jordanian dinars in mere hours was recently caught by the Ministry of Social Development’s Anti-Beggary Committees.

This beggar was able to collect the most money out of dozens of beggars the Ministry's teams apprehend on a daily basis, according to the media spokesperson of the Ministry.

The Ministry of Social Development urges Jordanians “not to cooperate” with beggars, as beggary is illegal and punishable by law.

The Iftaa’ Department had recently issued a fatwa - a religious edict or decree, stating that beggary is an “unpleasant phenomenon.”

Beggary usually spikes in Ramadan, the Islamic holy month where Muslims fast and give to the poor. The Iftaa’ Department and some experts collectively issued a statement this past Ramadan in which they referred to beggary as a deplorable method of making money, and as a "slight to the Muslim community."