The attack comes amid a rising number in Islamophobic incidents in the US. (India Today) 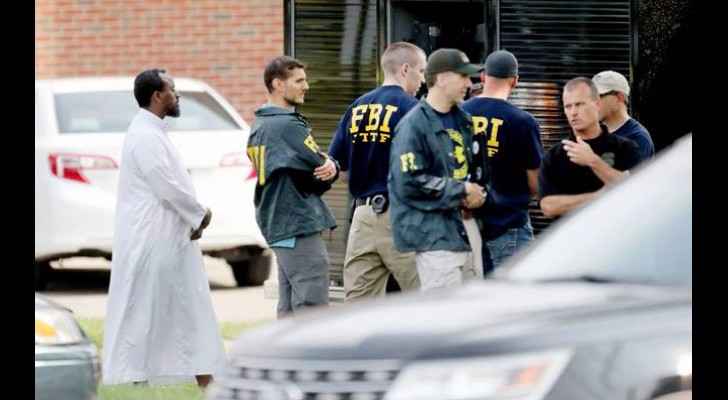 American-Muslim worshippers were shaken on Saturday by an explosion that damaged an imam’s office at the Dar Al Farooq Islamic Center in Bloomington, Minnesota.

None of the persons performing morning prayers at the centre were injured in the blast, which took place at around 5am local time (09:00 GMT), according to Bloomington Police Chief Jeff Potts.

An eyewitness said that he “saw something being thrown at the imam's office window from a van or truck before the blast."

Worshippers managed to put out the fire before firefighters arrived, according to a statement from the Muslim American Society of Minnesota.

The Federal Bureau of Investigation is currently searching for suspects in connection with the attack.

Their investigation will determine whether the incident was a hate crime, said Richard Thornton, the special agent in charge of the FBI's Minneapolis Division.

An initial investigation showed that the explosion was caused by an "improvised explosive device," added Thornton during an afternoon news conference.

The Bloomington mosque serves as a religious centre for the area's large Somali community and for other Muslim worshippers, activists and leaders.

Yasir Abdalrahman, a worshipper at the mosque, said the explosion was "unimaginable."

"We came to this country for the same reason everyone else came here: freedom to worship," Abdalrahman said.

"And that freedom is under threat. Every other American should be insulted by this."

The attack comes amid a rising number in Islamophobic incidents in the US.

The mosque and the Council on American-Islamic Relations (CAIR) are offering a $10,000 reward for anyone with information that leads to an arrest or conviction.