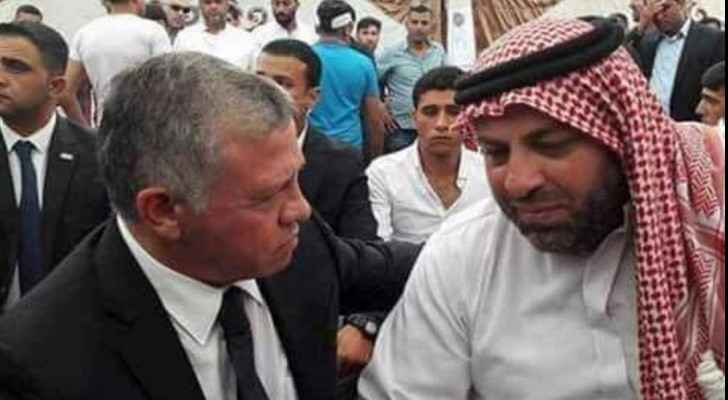 The Jordanian government has accepted an announcement by the Israeli government that it will conduct a preliminary investigation into the deadly shooting of two Jordanians at the Israeli embassy in Amman, July 23.

"We think this is a step in the right direction... We expect judicial action to follow in line with the international laws relevant to these cases. Justice must be served," Minister of State for Media Affairs, Mohammad Momani, told The Jordan Times on Saturday.

In an interview with Al Ghad, Jordanian government officials indicated that they had been updated on the police investigation and are closely following developments.

Meanwhile, Zakariya al-Jawawdeh, the father of 17-year-old Jordanian Mohammed al-Jawawdeh who was fatally shot by an Israeli embassy guard in Amman on July 23, says he wants his son's killer to face justice.

"I don't mind the guard facing the Israeli or any legal system so long as he faces justice and my son's blood does not go in vain," Zakariya told Al Jazeera.

This comes after the Israeli ministry of justice announced on Friday that Israel’s state prosecutor's office has asked the Israeli police to investigate last month’s fatal shooting.

The State Prosecutor's Office added that it has contacted the head of the Investigations and Intelligence Division of the Israel Police, and that the investigation would be conducted with the assistance of the State Attorney's Office.

"In view of the findings that will be raised, the possibility will also be considered of contacting the Jordanian authorities in order to transfer additional materials to the police," the statement said.

While Israel says the guard fired in self-defense after being stabbed by Jawadeh with a screwdriver, Jordanian authorities have described the incident as a double homicide and demanded Israel put the guard on trial.

Details on death of Jordanian brothers ....