A screenshot of the stabbing at a supermarket in the central Israeli city of Yavneh, August 2, 2017. (Screengrab) 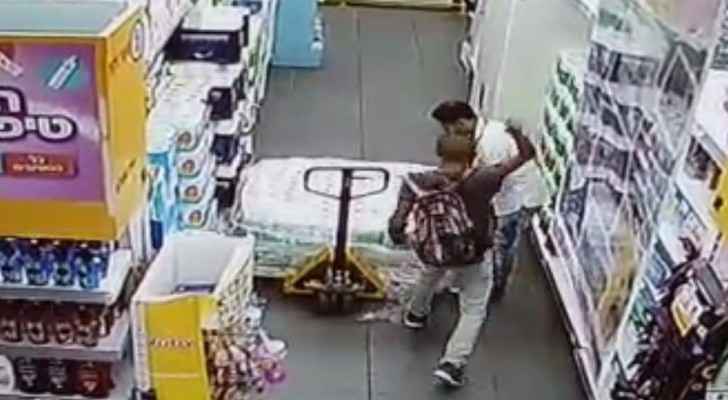 A Palestinian teenager has been detained for stabbing and seriously injuring an Israeli man in the central Israeli city of Yavne on Wednesday, according to Israeli police.

Israeli police spokesperson Luba al-Samri said in a statement that a 42-year-old Israeli man was stabbed and seriously wounded by a 19-year-old Palestinian from the village of Yatta, located in the Hebron district in the southern occupied West Bank.

The stabbing took place at a supermarket in Yavne city, al-Samri added.
Israeli media reported that the Palestinian was initially “captured” by Israeli civilians in the area, before being handed over to the police.

The injured Israeli reportedly suffered stab wounds to his upper body, and was in a “serious and unstable condition,” according to Israeli media.

Israeli media also reported that Israeli forces raided the family home of the attacker in the Hebron-area village of Yatta following the attack.