Israeli MK Oren Hazan prepares for his "duel" with a Jordanian lawmaker on August 2, 2017. (Twitter) 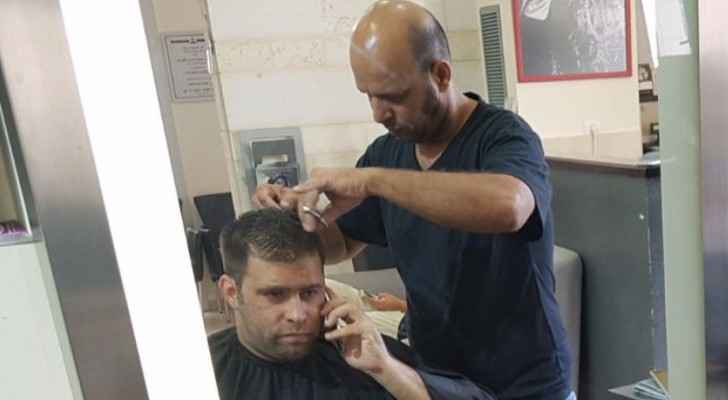 The duel between a Jordanian MP and Israeli MK, planned to take place on King Hussein Bridge/Allenby border, was called off yesterday after premiers of Jordan and Israel intervened.

Lower House member Yahya Al Saud had challenged Likud MK Oren Hazan to meet him at the Jordan Valley bridge to settle scores, apparently after Hazan tweeted on July 23rd that, "It seems our neighbors to the east, Jordan, who we douse with water and protect their asses day and night, need a little reeducation."

However, as the two combatants made their way to the confrontation, cooler heads intervened. Israeli Prime Minister Benjamin Netanyahu reportedly told Hazan to turn back, while Jordanian Prime Minister Hani Al-Mulki reportedly asked his Interior Minister Ghaleb Zubi to order police to prevent the dispute from becoming violent.

While Saud arrived at the Allenby Crossing with reporters in tow, saying, "if this isn't going to be physical confrontation, then there will be no discussions between me and this pig," Hazan did not show face for the rendezvous.

Saud doubled down, telling journalists, "I'll confront him anywhere in the world; I'll take a plane right now. I tell him: Infidel MK, the Jordanian people will never agree to a relationship with the Zionist entity and the Israeli people occupying our holy lands and places."

Hazan later released a statement explaining why he did not appear at the bridge, expressing disappointment.

"As someone who always yes to peace and no to violence and confrontation, I was on my way to Allenby to meet with my Jordanian colleague. On the way I was asked by Prime Minister Netanyahu
not to arrive and out of a sense of responsibility and leadership, I decided to respect his request,” he said.

"I admit that I am disappointed. After all, I wanted to talk with him and explain to him that at the end of the day, Jordan is Palestine and Palestine is Jordan. It would be better if he took his brothers and sisters with him—Arabs from the West Bank who call themselves 'Palestinians'—back to their homes in Jordan," Hazan added.

Soud later retorted that he had been “serious about going down to the bridge and busting this dirty man’s nose” and that Netanyahu stepped in because Israelis “can’t face up to Jordanians.”

The botched duelling plans come after an Israeli security guard shot dead two Jordanians at the Israeli embassy in Amman on Sunday 23rd July.
The killings led to a diplomatic crisis, as Israel invoked the guard's diplomatic immunity and evacuated all embassy staff from the Kingdom.