The fan is clearly harmless. 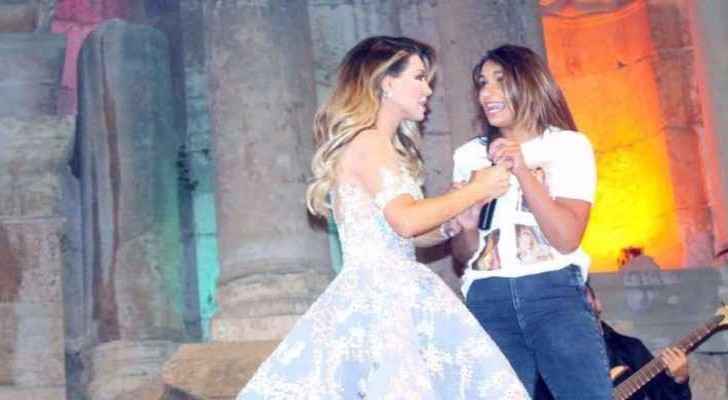 An interview with the Jordanian woman who went viral on Saturday for showing a “violent, obsessive, hysterical and unsettling” - according to social media users - display of emotions for Lebanese singer Nawal el Zoghbi is making the rounds on Facebook.

The hardcore fan was caught on video running past security, violently hugging the singer before dragging her by the hand across the stage and viciously grabbing the microphone out of her hand.

Nawal was mid-concert at the Jerash Festival.

But what we didn’t see that day was a post-incident interview with the much talked-about fan.

She didn’t disclose her name, but the young woman told the camera that “they (security) killed me; but it’s an unbelievable feeling, so it’s OK, what’s important is that I saw Nawal.”

“I’m so so sorry if I hurt Nawal, I’m sorry Nawal, I didn’t mean it, but they (security) really irritated me. I can’t express how much I love you Nawal, I just can’t,” she enthusiastically said.

Internet world, give her a break!

After closely studying the fan’s body language and reactions, it’s clear that she’s anything but harmful.

Some people are simply incapable of controlling their emotions when met face to face with the person they have idolized their entire life.

With that being said, this wasn’t the first time this groupie saw her idol in action: she said in her interview - while wearing a t-shirt with Nawal’s pictures on it - that she has attended Nawal’s concerts twice before, making her “ever so lucky.”

Moral of the story? Perhaps we should blame society and the media for creating a celebrity-obsessed culture, where many young - and even old - fans end up behaving in upsetting, obsessive and inappropriate ways.