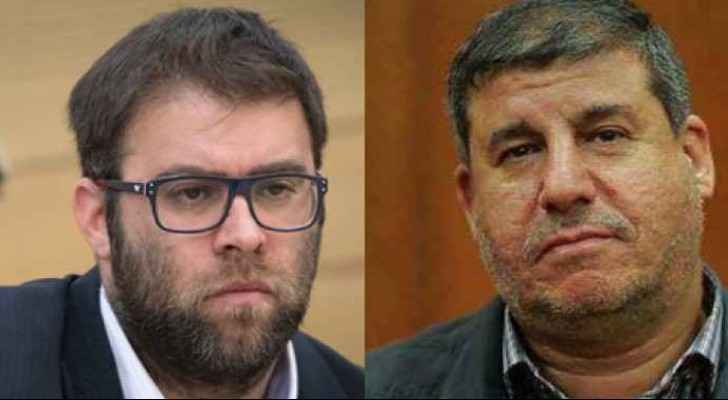 Lower House member Yahya Al Saud has vowed to fight an Israeli Knesset member on Wednesday at the King Hussein/Allenby border crossing between Jordan and the Israeli-occupied West Bank.

Saud has challenged Likud MK Oren Hazan to meet him at the Jordan Valley bridge to settle scores, apparently after Hazan tweeted on July 23rd that "It seems our neighbors to the east, Jordan, who we douse with water and protect their asses day and night, need a little reeducation".

The remarks, and the subsequent challenge to fight, come after an Israeli security guard shot dead two Jordanians at the Israeli embassy in Amman on Sunday 23rd July.

The killings led to a diplomatic crisis, as Israel invoked the guard's diplomatic immunity and evacuated all embassy staff from the Kingdom.

The Jordanian government faced criticism for its handling of the incident, while it insisted that it acted in line with its obligations under international law and diplomatic protocol.

Saud is no stranger to controversy, and in 2013 Saud was seen inside the parliament building brandishing a knife and seemingly attempting to attack a fellow lawmaker.

An AK47 was later fired outside the parliament by another MP involved in the dispute.

A year later, he also faced criticism for shouting at female deputy Hind Al Fayez during a Lower House session.

Telling her to "Sit down, Hind," several times, Saud also alleged that the quota for female lawmakers was the only reason Hind was elected.

Hazan has also faced numerous allegations, including that he ran a casino in Bulgaria which allowed prostitution and the use of hard drugs. He is also accused of assaulting a senior official in the illegal West Bank settlement of Ariel over a debt, the Times of Israel reported.

The Likud MK has also been accused of sexist and misogynistic behaviour. He was reprimanded by the Knesset’s Ethics Committee last week for insulting female lawmakers.

MP Saud calls on members of Parliament to protest near ....

MP Saud calls on members of Parliament to ....

MP Saud calls on members of Parliament to ....