Kushner leaked audio: 'There may be no solution' to Palestine-Israel conflict

Kushner met with Israeli and Palestinian leaders in the Middle East in June to try to start the peace process. 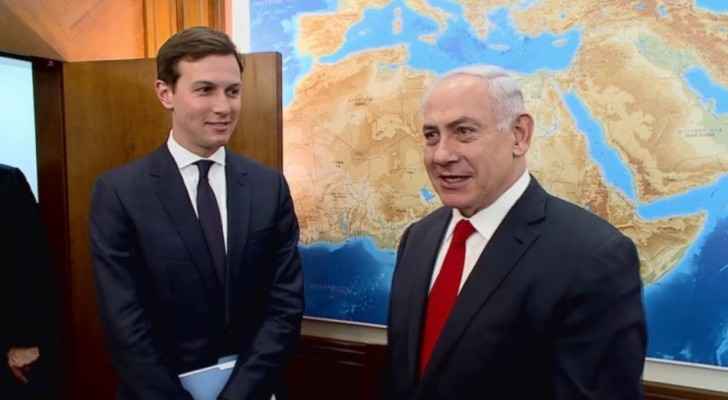 Jared Kushner’s secret is out.

The White House senior adviser and US President Donald Trump’s son-in-law faces a PR crisis on Wednesday after some of his interns leaked an off-the-record conversation to the media, where he gives his honest - and unsettling - opinion on the Middle East.

In the leaked audio, Kushner discusses the Middle East peace process and admits that “there may be no solution.”

“Not a whole lot has been accomplished over the last 40 or 50 years we've been doing this.”

Surely this will sound alarm bells for the conflicted countries, seeing as Kushner has been tasked with brokering a peace deal between the Israelis and Palestinians.

“I’m sure everyone that’s tried this has been unique in some ways, but again we’re trying to follow very logically. We're thinking about what the right end state is, and we’re trying to work with the parties very quietly to see if there's a solution. And there may be no solution, but it’s one of the problem sets that the president asked us to focus on. So we’re going to focus on it and try to come to the right conclusion in the near future,” Kushner said in response to how he thinks the Trump administration’s approach to peace is unique.

Kushner’s admission is an iron sharp contrast to Trump’s comments just one day before his inauguration in January, when he praised Kushner, saying, “If you can't produce peace in the Middle East, nobody can.”

The 36-year-old real estate developer, who had no diplomatic experience before joining the White House, met with Israeli and Palestinian leaders in the Middle East in June to try to start the peace process.

The leaked interview was recorded by a group of Kushner’s congressional interns during an hour-long Q&A session on Monday.

King speaking to CBS on Jordan's efforts in stopping ....

King speaking to CBS on Jordan's ....